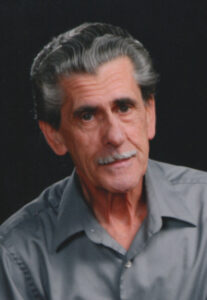 Ronald Lewis Adam Meyers passed away at 70 years old, after a 4 year battle with bladder cancer. His death occurred at 9:24 a.m. Sunday, July 5, 2015 at the Elkhart Hospice House.
Ron was born in South Bend, Indiana on February 18, 1945 to Adam Henry Meyers and Elayne M. (Geipel) Meyers. He graduated from South Bend Central High School in the class of 1963. He then attended Indiana University South Bend where he earned his Associates Degree.
Ron enlisted in the U.S. Army, and from 1965 to 1966 and again from 1970 to 1971, he was stationed in Vietnam with the 101st Airborne. In 1979 he joined the U.S. Navy, finally retiring from active duty in 1987.
In June 1978 he married Brenda K. (Brockus) Meyers in Las Vegas, Nevada. Brenda was a beautiful woman with a heart of gold and the love of his life. When they first met, they loved to watch people dance. They even took a few free dance lessons.
After completing 22 1/2 years in the Military, he then continued his education to earn a Bachelor’s Degree from Jones College in Jacksonville, Florida. Ron and his family moved to Plymouth, Indiana in 1989 after his discharge from the U.S. Navy in 1987. While residing in Plymouth, he was a car salesman and in later years delivered motor homes to the West Coast which allowed him to visit military buddies and distant family members along the way. Ron was a member of Calvary Lutheran Church, he also bowled on a league, for years with Brenda, and enjoyed spending time with his family who he loved dearly. He was also an animal activist, saving all kinds of animals from abuse including snakes. The lone exception being the occasional chipmunk, who would steal feed from his beloved bird feeders. He is survived by his loving wife Brenda, his daughter Elizabeth Elaine “Ellie” (Michael) Lloyd of Plymouth and their children Leo and their new arrival expected in October, his daughter Erica Nicole (Eric) Clapp of Greenwood, Indiana; his daughter Rhonda Leslie (deceased) (Tim) Hopf and their children Adam (deceased), Lyle and Dana Hopf of Shirley, Massachusetts; his sisters with whom he had a special bond; Susan (James) O’Neal of Akron, Ohio and Lucinda “Cindy” (Arthur) Visser of South Bend, Indiana; his mother-in-law Rosemary Brockus and several special nieces and nephews.
Ron was preceded in death by his parents, his daughter Rhonda and his grandson Adam Hopf. Visitation will be from 9-11 a.m. on Saturday, July 11th at Calvary Lutheran Church, 1314 N. Michigan Street, Plymouth.
Funeral Services will be held at 11 a.m. on Saturday in the church following visitation with Pastor Eric M. Ahlemeyer officiating. Memorial contributions can be made to Calvary Lutheran church.
Per Ron’s wishes, he will be laid to rest in Arlington National Cemetery alongside his military brothers and sisters who honorably served this great Country.