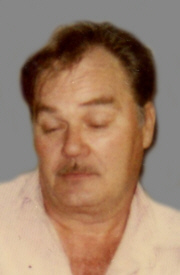 Ronald Leroy Watkins, 68, a resident of Garden Court West in Plymouth, passed away at his home on Thursday, April 23, 2015 of natural causes.
Ron was born the son of George H. and Ethel C. (Sutherlin) Watkins in Walkerton on January 10, 1947. He attended area schools.
Having never married, he is survived by three sisters and one brother. They are: Loretta L. Stinger of Spencer, IN, Mary Ann Howard of Jasonville, IN, Donna M. Baker of South Bend and Henry E. Watkins of Plymouth. Several nieces, nephews and cousins also survive.
He was preceded in death by his parents, George Watkins and Ethel Warner and a brother Michael Klein.
No public services will be held and Ron will be laid to rest next to his mother in the New Oakhill Cemetery, Plymouth.