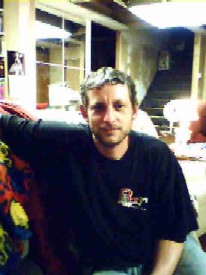 Ronald Lee “Ron” Nettrouer, a former Plymouth resident, now residing at 3222 Afton Road, Janesville, Wisconsin, died in Plymouth at 6:11 p.m. on Tuesday, November 21, 2006. He was 35-years-old.
Born in Bremen, Indiana, on September 2, 1971, Ron was the son of Jerry B. and Dianne A. Kalin Nettrouer. He was raised in Plymouth and attended Plymouth schools.
Ron was a true American Patriot and served in the Army National Guard over a period of 16 years. First with the Plymouth Unit and then transferring to the Madison Wisconsin Unit seven years ago. A Specialist E-4, he returned a year ago from a front line tour of duty in Iraq and received his honorable discharge on February 28th of this year.
On July 3, 2004, Ron and Mischelle M. Marchand were married at his parent’s home in Plymouth.
He worked as a factory production worker and was formerly employed with Oxford Automotive.
He enjoyed family golf outings, fishing, motorcycles and challenging his brothers in computer games.
Ron was a 49-er’s football fan and recently had attended his first collegiate football game at the University of Notre Dame with his brother Nathanael.
His musical group of choice was Boston, followed closely by Ozzy Osbourne.
Ron is survived by his wife Mischelle and by two sons, a daughter and a step-daughter.
They are: Boston O. Nettrouer and Sabrina L. Nettrouer, both of Donaldson, Indiana: Brandon L. Nettrouer, Janesville, Wisconsin and Mickey M. Davenport, Dodgeville, Wisconsin.
His parents, Jerry and Dianne Nettrouer, Plymouth and his in-laws, Earl and Christina Spaid, Elkhart, also survive along with his paternal grandmother, Genevieve Nettrouer, Donaldson
Two brothers, Jerry B. Nettrouer, Jr, Plymouth and Nathanael W. Nettrouer, Mishawaka, and a sister and brother-in-law, Maria “Genny” and Joe Garcia, Ft. Wright, Kentucky, survive with several aunts, uncles, cousins and friends.
Preceding Ron in death was a step-son, Thomas Perkins, his maternal grandparents and paternal grandfather.
The family will welcome friends of Ron from 4 to 8 p.m. on Friday, November 24, 2006, at the Johnson-Danielson Funeral Home, 1100 N. Michigan St., Plymouth.
Funeral services for Ron will be held at 11 a.m. on Saturday, November 25, 2006, at the First Baptist Church, where he had attended. Friends may call one hour prior to services in the church, located on Highway 17, next to the St. Joseph Regional Medical Center, Pastor Lonnie Nicholl will officiate.
Burial will be in New Oakhill Cemetery, Plymouth where military honors will be accorded to him.
Memorials in Ron’s memory may be made to the First Baptist Church.