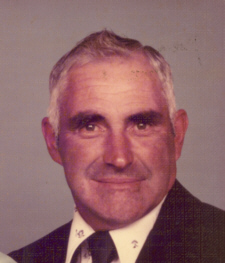 Ronald Harold Stough, 89, a lifetime Marshall county resident, died Sunday, August 22, 2010, at his residence.
The son of Earl Preston and Cecil Pearl Welch Stough, Ronald was born in Marshall County on March 20, 1921.
He was a 1939 graduate of LaPaz High School.
Ronald was first married to Marjorie Puterbaugh, who passed away on August 11, 1970. On January 17, 1976, Ronald and Susan Webb Blackburn were married. Susan passed away on August 9, 2009.
A lifetime farmer, Ronald also drove a school bus for LaPaz School for 13 years and owned an excavating business.
Ronald was a member of the Lakeville United Methodist Church. He enjoyed his family and friends and spent the winters in Homosassa, Florida.
Survivors include one son, David and Jeanette (Siddall) Stough and their children and grandchildren: David Stough, Jr. and Shawna; Jennifer (David) Bikneris and Caleb; Ryan (Lori) Stough and Aliya and Liam, all of Plymouth.
Also surviving are three step-children and their children: Cheryl (Tom) Campbell and Brian and Kelly; John (Faye) Blackburn and Troy and Libby; Debbie (Terry) Symon and Elizabeth, five step-great-grandchildren, a sister: Velma (Stough) McCollough Singrey and several nieces and nephews.
He was preceded in death by his parent’s and one sister, Mary Jane (Stough) Neidlinger.
Friends are invited to share their memories with Ronald’s family on Thursday, August 26, 2010 from 4 to 7 p.m. in the Johnson-Danielson Funeral Home, 1100 N. Michigan St., Plymouth. Funeral services for Ronald, officiated by the Rev. David Cross, will be held at 11:00 a.m. on Friday, August 27th, in the funeral home.
Interment will be in Oakhill Cemetery, Plymouth.
Memorial gifts in Ronald’s memory may be made to The Center for Hospice and Palliative Care, Inc., 111 Sunnybrook Court, South Bend, IN 46637.