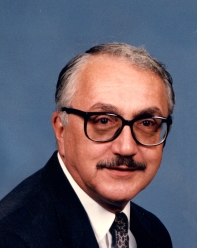 INDIANAPOLIS- Ronald E. Wintrode, 83, passed away peacefully in Indianapolis on Friday, March 30, 2019, with his loving family by his side. Born in South Bend, Indiana on July 7, 1935, Ron was the son of Earl F. and Alice M. (Zerembka) Wintrode. In 1954 Ron enlisted in the Army, proudly serving his country in the 501st MP Battalion in the Airborne Division. On June 17, 1961 Ron married C. Jean Williams in Plymouth. Shortly after marriage, the couple moved to Indianapolis, Indiana, where they welcomed a son, Jeffrey Earl Wintrode. There, Ron worked as the Director of the Bureau of Child Labor for the State of Indiana until his retirement in 1993. Ron was a very active member of the United Methodist Church in Indianapolis.
Moving back to Plymouth, Ron loved to read mystery novels especially enthralled with writings about the Napoleonic war, and the mysteries of Stephen King. Ron was a history buff who enjoyed playing war character games and paint soldiers and recreate war scenes. When in Plymouth Ron and Jean attended the Inwood United Methodist Church.
Leaving to treasure his memory is his son Jeffrey E. Wintrode and his family Kanyon and Payton of Indianapolis, and his brother and sister-in-law Donald Eugen and Linda Wintrode of Danville, Virginia, as well as many other family members and dear friends. Family and friends will gather on Monday, April 8, 2019 from 4 – 7 p.m. in the Johnson-Danielson Funeral Home, 1100 N. Michigan St., Plymouth. A service to celebrate his life will immediately follow in the funeral home officiated by Rev. Chuck Kreig.
Burial will be in the New Oak Hill Cemetery at a later date.
In Lieu of flowers, memorial contributions can be made to the Marshall County Humane Society, 11165 13th Rd Plymouth, Indiana 46563.