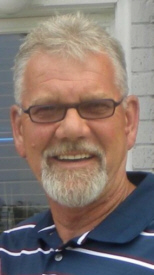 Ronnie C. Taylor, 64, passed away of natural causes, early Saturday morning, January 9, 2016, in Arcadia, Florida.
Ronnie was born the son of Carl and Helen (Fowler) Taylor on February 9, 1951 in Hoopeston, Illinois. He graduated from Bremen High School in 1981.
On December 22, 1969 in Delphi, Indiana, he became the husband of Christine Sue Swathwood; she preceded him in death on October 16, 2015. They became the parents of two children: Jeremy and Carrie Ann.
Ronnie proudly served and retired from the United States Army, where he served as an Army National Guard Recruiter, ranking as Staff Sergeant at retirement. Ronnie and Chris met while both being sta-tioned at Epdolant Base, in Norfolk, Virginia. When he met Chris, she out-ranked him by one rank and she never did let him forget that. He and Chris loved cats, and had four that were considered part of the family. After Chris passed, Ronnie traveled with his two cats, also known as his “travel buddies” in his motor home that he had recently purchased so he could go visit family and friends. He also loved riding his Harley Davidson.
Survivors include his son and daughter-in-law; Jeremy and Carrie Taylor of Grayson, Georgia, and a daughter; Carrie Ann Taylor of Charlotte, North Carolina. Also surviving are four grandchildren; Mat-thew, Nathan, Andrew, and Charlotte Taylor all of Grayson, Georgia. Also surviving are a brother and a sister-in-law; Jim and Jerilyn Taylor of East Jordan, Michigan, sister and a brother-in-law; Barbara and Larry Davies of Lafayette, Indiana, and a sister; Loretta Kerr of Punta Gorda, Florida.
He was preceded in death by his parents, wife, and a brother and sister-in-law; Bob and Sherry Taylor. A time of gathering for family and friends will be from 10 a.m. – 11a.m. on Thursday, April 7, 2016 in the Johnson-Danielson Funeral Home, 1100 N. Michigan Street, Plymouth. A memorial service will immediately follow at 11:00 a.m. in the funeral home with Pastor Don Nunemaker officiating. Burial will be in the Bremen Cemetery, with Military Honors provided by members of the American Legion Post 27, Veterans of Foreign War- Marshall County Post 1162 and D.A.V.
Memorial contributions may be directed to the Marshall County Humane Society, 11165 13th Road, Plymouth, Indiana 46563.