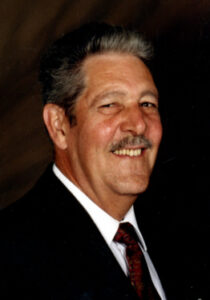 Ronnie W. Burleson, 10957 Aubrie Lane, passed away at home, with his family by his side on Wednesday afternoon, April 22, 2015.
Ronnie, who just celebrated his 77th birthday, was born in Bakersville, North Carolina on April 19, 1938 to Grant Walter and Venia H. (Harrell) Burleson. On March 6, 1955 in Nahunta, Georgia, Ronnie would take as his wife Yvonne W. Cunningham. The couple would move to Indiana in 1960. Driven to succeed and with his wife of then 20 years at his side, Ronnie received his GED, and continued his education with courses in computer management.
Ronnie worked as a supervisor for McGill Manufacturing Company in Monticello, retiring on January 1, 1999. He also worked for Kabelin Hardware & Supply in Plymouth as associate supervisor until March of 2011.
He loved to build doll houses for his family and dear friends. Ronnie also liked to do puzzles and go on camping trips with his family. Anytime spent with his family was a precious memory. Yvonne and he attended New Song Community Church.
Ronnie is survived by his loving wife of 60 years, Yvonne of Plymouth, and their children: Terry W. (Mary) Burleson of Arkansas, Kenny W. (Pam) Burleson of Indianapolis, and Teresa A. (Scott) Olds of Plymouth; 14 grandchildren and 21 great-grandchildren.
He was preceded in death by his parents and siblings: Walter, Roy, Lloyd and Patsy.
Family services will take place with the assistance of Rev. Justin Chambers. Burial will be in the New Oakhill Cemetery, Plymouth.
The family requests memorial contributions be made to New Song Community Church 410 N. Kingston Avenue, Plymouth, IN 46563.