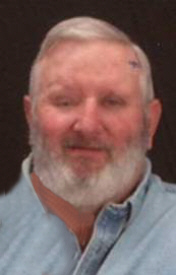 Roy Allen Carr, 53, passed away of natural causes at 1:06 p.m. on Friday, October 18, 2013 in the St, Joseph Regional Medical Center- Plymouth Campus.
Born in South Bend, Indiana on April 9, 1960, Roy was the son of Roland F. and Margaret P. (Moore) Carr.
Roy was a volunteer firefighter and EMS for Bourbon and Plymouth Fire Departments. He also worked for Michiana Contractors as an electrician until his retirement in 2005. He was a member of the Son’s of the American Legion Post 27.
He was a NASCAR fan and enjoyed fishing and hunting. Roy liked to tinker with computers, bikes and equipment. He coached his children’s sports and was involved in the starting of the Marshall County Humane Society. He enjoyed spending time with his family and grandchildren.
Roy is survived by his children: John F. (Lisa) Carr of Argos, Roy A. (Trudy) Atkins of Plymouth, Jackie J. Boyd of Elkhart, Heather S. Martin of Rochester, and Jeremy D. (Melissa) Martin of Brookston, IN; his fiancé, Rebecca A, McKee and her sons, Justin and Joshua, all of Plymouth; and 17 grandchildren. His siblings are: Roberta (Kurt) Wunder of Plymouth, Robin (Kris) Morcombe of Plymouth and Roland Carr Jr. of Bremen.
He was preceded in death by his parents.
A memorial visitation will be held on Wednesday October 23, 2013 from 5 – 7 p.m. in the Johnson-Danielson Funeral Home, 1100 N. Michigan Street, Plymouth.
Burial will be in New Oakhill Cemetery at a later date.
Memorial contributions can be made to the Bourbon EMS/Fire Department, 216 N Main Street, Bourbon, IN 46504.