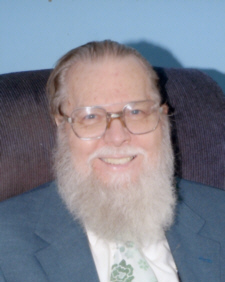 Roy L. Snyder, 76, a life time Marshall county resident, died of natural causes at 10:58 p.m. on Friday, October 31, 2008, in Saint Joseph Regional Medical Center, Plymouth.
He was born in LaPaz, IN., the son of Solomon and Cacelia Boone Snyder, on August 29, 1932. He attended LaPaz High School.
On September 22, 1956, in Rev. Colson’s parsonage in Plymouth, Roy and Lorena R. Lee were married.
A self-employed auto body repairman, he was interested in and enjoyed working on classic cars.
Roy is survived by, Lorena, his wife of 52 years and by their three sons: Lyle Snyder, Calif., Gail (Nora) Snyder, Bremen, IN., and Neal Snyder, Union Mills, IN.
Grandchildren Nathaniel, Amanda, Alyssa and Matthew Snyder, all of Bremen, survive as well.
A brother, Paul (Yvonne) Snyder, Bremen and a sister, Betty (Hilton) Bryant, Hammond, IN., also survive.
Roy was preceded in death by his parents and three brothers: Ray, Leo and Don Snyder.
Friends will be welcomed by the family to share memories and celebrate the life of Roy from 4 to 8 p.m. on Tuesday, November 4, 2008 and after 7 a.m. on Wednesday morning, November 5, 2008, at the Johnson-Danielson Funeral Home, 1100 N. Michigan St., Plymouth, and for one hour at the church prior to the service on Wednesday.
Funeral services for Roy will be held at the Shiloh Wesleyan Church, 10532 4B Road, Plymouth, where he attended worship services, at 10 a.m. on Wednesday, November 5, 2008. The Rev. John Perkinson, pastor of the church, will officiate.
Burial will be in New Oakhill Cemetery, Plymouth.
Memorial gifts in Roy’s memory may be made to the Shiloh Missionary Society.