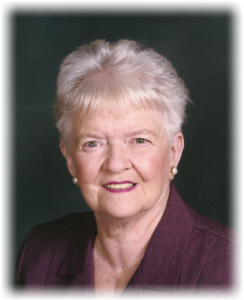 Ruth Alice Morris, 73, whose life revolved around music within her family and friends, joined the Heavenly Angels Band at 3:53 p.m. on Tuesday, March 14, 2006.
Ruth died unexpectedly of natural causes, at the Florida Hospital in Zephyrhills, Florida.
She was born on March 7, 1933, in Teegarden, Indiana, the daughter of Fay O. and Marjorie Kelver Neidlinger.
She graduated from Culver High School with the class of 1951.
On Christmas Day in 1952, in Culver, Ruth and Preston Eugene Morris were married. Gene died on November 13, 2004.
First a homemaker, Ruth also worked in several restaurants including The Three Sisters in Culver and Schori’s in Plymouth. She worked too, in school cafeterias and was recently a substitute aide for Plymouth Community Schools.
Ruth was an accomplished musician. Her talents enriched the lives of many throughout her life. She loved performing solos or duets with her children, her brother Don and sister Jean.
She also played with bands including the Neidlinger Band, Cardiac Kids and the Oldies But Goodies. Ruth had the knack of entertaining people and involving them in the spirit of the music. She was adept on the accordion, keyboard, violin and saxophone. She loved life and enjoyed it to the fullest.
She loved to dance. She enjoyed playing cards and crocheting hand made gifts for her family.
Ruth is survived by two daughters and two sons. They are daughters, Donna J. and Jim Burroughs, Argos; Diana L. Smiley and Ed Budka, Plymouth; Dennis E. Morris and Cathy Treywn, Sevierville, Tennessee and son, David A. and Tracey Morris, Palm Coast, Florida.
Several grandchildren survive as well. They are: Tracy and Scott Moren; Jason Smiley and his companion, Stacy Scibor; Amanda Burroughs; Jimmy Burroughs and his fiancée, Tianna Barham, Mathew Morris, Marcus Morris and great-grandson, Collin Moren.
Also are two sisters and a brother. They are Jean and Clem Miller, Rochester; Joan and Francis Zink, Plymouth and Donald Neidlinger, Culver, Indiana. Three sisters-in-law include; Phyllis Neidlinger, Barbara Neidlinger both of Culver and Lorenabelle Neidlinger of Plymouth along with several nieces and nephews.
Ruth was preceded in death by her parents, spouse and three brothers; Glen, Ralph and Robert “Sam” Neidlinger.
Friends will be welcomed by the family on Saturday, March 18, 2006, from 4 to 7 p.m. in the Johnson-Danielson Funeral Home, 1100 N. Michigan St., Plymouth. Funeral services for Ruth will be held on Sunday, March 19, 2006, at 1:30 p.m. in the First United Church of Christ, 321 N. Center St., Plymouth, where she had been a member. The Rev. Steven Voelker, pastor of the church, will officiate.
Burial will be in Union Cemetery, Highway 17 near Plymouth.
Memorial gifts in Ruth’s memory may be given to the Music Fund of the First United Church of Christ or to the American Heart Association.