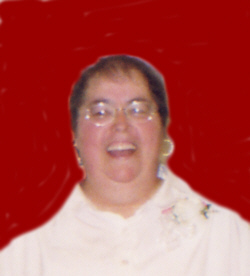 ****FUNERAL SERVICES POSTPONED UNTIL 2 P.M. THURSDAY. VISITATION REMAINS THE SAME – TUESDAY 4 – 8 P.M. IN THE FUNERAL HOME.****
Ruth Elaine Sickmiller, 62, a lifetime Marshall County resident, died at 3:25 a.m on Saturday, January 29, 2011 in Parkview Hospital, Ft. Wayne, Indiana.
The daughter of John and Avis Renz Howard, Ruth was born in Plymouth on July 8, 1948. She had attended Plymouth Schools, and was very proud when she obtained her G.E.D.
On July 17, 1966, as Ruth Cooley, she married Sandro Sickmiller in Plymouth. Ruth had worked at Pilgrim Manor Nursing Center for several years, then became a substitute teacher at Menominee School for the special needs children.
Her family was her life, she loved to cook, read, watch the Soap Opera “Days of Our Lives” and had a large collection of different types of Frogs. Ruth is survived by Sandro, her husband of 44 years, a son, Scott (Sherri) Sickmiller of Tippecanoe, two daughters: Bobbi Sickmiller of Tippecanoe and Melissa (Ryan) Klingerman of Argos and 4 grandchildren.
Also surviving Ruth are three brothers: Joe (Bev) Cooley of Talma, Dan (Raelene) Cooley of Milford, Jack Howard of Nappanee and a sister JoAnn (Bill) Martin of Bourbon.
She was preceded in death by her parents, a brother, Robert Cooley and a sister, Debra Howard.
Friends may visit with Ruth’s family from 4 to 8 p.m. on Tuesday, February 1, 2011 at the Johnson-Danielson Funeral Home, 1100 N. Michigan Street, Plymouth.
Funeral services, officiated by the Rev. Charles Krieg, will be held at 2:00 p.m. on Thursday, February 3, 2011, in the funeral Home.
Burial will be in Maple Grove Cemetery, Argos, Indiana.
Memorials in Ruth’s name may be made to: Alzheimer’s & Dementia Services, 922 E. Colfax Ave, South Bend Indiana 46617 or The Center for Hospice Care, 112 South Center Street, Suite C, Plymouth, Indiana 46563. Funeral Director – Donald K. Wilson – don@johnson-danielson.com