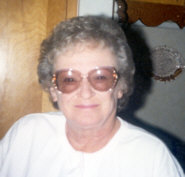 Ruth J. Heying, 74, of 1321 Blossom Drive, Mishawaka, Ind., died of natural causes at 2:10 p.m. in the Plymouth Nursing and Rehab Center on Saturday, April 17, 2004. Born on July 12, 1929, in Hopkington, Iowa, she was the daughter of Julius and Eleanor Griebel Gerlich. Ruth attended St. Paul’s School in Worthington, Iowa.
On November 24, 1948, in Worthington, Iowa, she and Marvin H. Heying were married. The family moved to Indiana in 1956 from Iowa.
A homemaker and a flower gardener, Ruth enjoyed cooking Sunday dinner every week for her family. She enjoyed her children, grandchildren and their activities.
Ruth is survived by her husband and their eight children.
They are: daughters, Mary and Tim Voreis, South Bend, and Rebecca and Glenn Anstett of Indianapolis. Her sons are: James and Stacey Heying, Plymouth; Joseph Heying, South Bend; Jerry Heying, LaPorte; Kenneth and Patricia Heying, Michigan City; Daniel Heying, Albuquerque, New Mexico, and Michael and Denise Heying, Mishawaka.
Twenty-one grandchildren and 14 great-grandchildren also survive together with three sisters, Mary Underhill, Arizona; Alice Sauser of Texas and Carol Gassman of Louisiana. Three brothers survive as well. They are: James Gerlich, Iowa, Edward Gerlich, Iowa, and Robert Gerlich, Wisconsin.
Ruth was preceded in death by her parents and her sister, Velma Jones.
There will be no visitation and no funeral services.
Johnson-Danielson Funeral Home, 1100 N. Michigan St., Plymouth, is in charge of arrangements.
Letters of condolence may be sent to the family via johnson-danielson.com