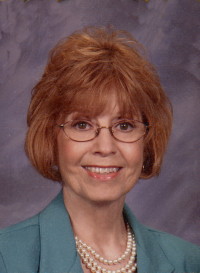 Sally L. (Johnson) Greenlee, 70, a lifetime Plymouth resident, passed away Thursday afternoon on November 1, 2018 at Indiana University Health in Indianapolis due to complications from surgery.
Born in Plymouth, Indiana on December 1, 1947, Sally was one of two daughters born to Francis W. and Martha E. (Tharp) Johnson. Sally and her sister, Sue grow up in the funeral home their parents owned the Johnson Funeral Home, now Johnson-Danielson Funeral Home. This was during a time when the family shared where they lived with the families they served. Many days the girls would play in the chapel, playing the organ, answering the funeral home phone and even watched over the funeral home when their parents went on a date night.
At Plymouth High School, she involved herself in various activities. She was in the National Honor Society and was a member of the choir, just to name a couple. She graduated with the class of 1966. Sally continued her education at Ball State University, graduating with her Bachelorâ€™s Degree in Education in 1970.
She returned to Plymouth and taught Home Economics at Lincoln Junior High School and also Plymouth High School for a number of years. She then worked as an interior designer for Pletcher Furniture Store in Nappanee for several years. Most recently before her retirement, Sally was a case worker for DCS (Department of Child Services) of Indiana.
Sally had a high civic interest and became involved in ways that would better peopleâ€™s well-being. She was a member of the First United Methodist Church, serving on the Momâ€™s Club and the Social Concerns Committee. She is an inactive member of the Tri Kappa Sorority and a former member of the Plymouth Park Board. In 2015 Sally was awarded the â€œKey to the Cityâ€ by Mayor Mark Senter, for her services with the Park Department.
Her greatest achievement in her life was the birth and raising of her daughter, Gina Greenlee. The two always were the best of friends and were almost inseparable. Anything Sally ever needed, Gina was right there to help her.
She was an avid reader and lover of cats. Sally enjoyed genealogy and researching her family history. She was a great cook, and had a cookbook collection to prove it. Gina and Sue said she made the best homemade pizza and spaghetti sauce.
Sally is survived by her daughter, Gina C. Greenlee of Plymouth; her sister, Sue (Scott Filley) Johnson Filley of Elkhart; nieces, Jourdan (Josh) Knepp and Spenser Johnson Filley; great nieces and nephews, Peyton, Kash, Atlas and Wyatt; former husband, Robert L. Greenlee; her cat and best snuggle buddy on the couch, Cooper; and cousins, Jack (Pam) Tharp, Jim (Karen) Tharp and Jill Tharp.
She was preceded in death by her parents, Francis and Martha Johnson.
Returning to the place she called home for nearly 20 years, visitation for Sally will be held on Tuesday, November 6, 2018 from 11-1 p.m. in the Johnson-Danielson Funeral Home, 1100 N. Michigan Street, Plymouth. Funeral services will immediately follow at 1 p.m. with Pastor Toni Carmer officiating.
Burial will be held in the New Oak Hill Cemetery, Plymouth.
Memorial contributions can be made to the First United Methodist Church, 400 N. Michigan Street, Plymouth, IN 46563, the National CASA for Children, 100 W. Harrison Street, North Tower, Suite 500, Seattle, WA 98119 or the Humane Society of Marshall Co, PO Box 22, Plymouth, IN 46563.