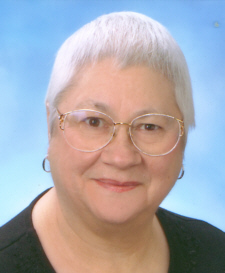 Sally Ruth Stutzman, 63, died of natural causes at 11:40 a.m. on Monday, February 5, 2007, in her home, 11050 4A Road, Plymouth.
She was born on April 15, 1943, in Valparaiso, Indiana, the daughter of Edward and Alta Shupe Myers.
She graduated from Valparaiso High School with the class of 1963.
On May 17 of 1963, in Valparaiso, Sally and Larry Stutzman were married.
A homemaker, Sally started her own daycare center for teenage mothers, called Hopenett, in Fort Scott, Kansas. She cared for their children and helped provide for the mother’s education.
In addition to the daycare, she baby sat for children in many areas where she and her husband had Pastorates including, Toledo, Ohio, and Oklahoma City and Tulsa, Oklahoma, Fort Scott, Kansas, and Plymouth, Indiana.
Sally had a warm and generous heart for children and for seniors. One of her projects was Youth Camp Ministries.
She was a great baker, loved to read, travel and serve the Lord.
She was a member of the Church’s of God General Council.
At the present time, Sally was a member of the Tiosa Brethren Church and she was always active in and a supporter of the ladies’ church group. Sally is survived by Larry, her husband of 43 years, and by a daughter, a son, and a step daughter. Her daughter and son-in-law is Nancie and William Neese and her son, Bill and daughter-in-law, Laura Stutzman, all of Plymouth.
Her step-daughter is Jacqueline Stutzman, Elkhart, Indiana.
Three grandchildren survive as well. They are Olivia and Catherine Neese and Jonathan Neese, all of Plymouth.
Five sisters and five brothers also survive. Her sisters are: Mary Moore, South Bend, Indiana: Betty and Roger Eggleston, Tampa, Florida: Cindy and Gary Whitcomb, Valparaiso, Indiana: Barbara and Roger Thompson, Mulberry, Kansas, and Jean and Jim Elston, Valparaiso, Indiana.
Her brothers are: John and Jane Myers, Michigan City, Indiana: Bill and Nancy Myers, South Bend, Indiana: Trent and Katie Myers and Richard and Barbara Myers, all of Valparaiso, Indiana, and Charles Robert and Debbie Myers, Kouts, Indiana.
Friends are invited to celebrate the life and share memories of Sally with her family from 4 to 8 p.m. on Sunday, February 11, 2007 at the Johnson-Danielson Funeral Home, Plymouth and for one hour prior to services on Monday in the church. Funeral services for Sally will be held at 11 a.m. on Monday, February 12, 2007, in the Shiloh Weslyan Church, 10532 4B Road Plymouth, Pastor James Martin and Pastor John Perkinson will officiate.
Burial will be in Stoney Point Cemetery, Atwood, Indiana.
In lieu of flowers, memorial contributions in Sally’s memory may be made to the Tiosa Brethren Church.