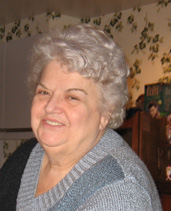 Sandra A. Weiss, 76, and lifetime resident of the Michiana area, passed away at 7:56 a.m. on Wednesday, May 31, 2017 at the Center for Hospice in South Bend.
Sandra was born on January 4, 1941 in South Bend, Indiana to Sandy Lee and Lenora Ruby (Reece) Franklin. She attended LaPaz High School.
On June 2, 1962 she married Robert J. Weiss, who would precede her in death in 1993. Sandra was the first female dye setter, working for RACO for 34 years until her retirement in 2002 as a machine operator. She was a member of the Union Local I.U.E 913 and served as the International Financial Secretary for the Financial Board.
She marched on Washington on Labor Day in 1991. Sandra was also very proud to have known her Grandpa, James Franklin, who lived through the Civil War. His father was a Confederate soldier killed on the battlefield. Sandra was a proud lifelong Democrat.
She was a member of the Plymouth Baptist Church in Plymouth.
Sandra is survived by her sister, Mary Soellinger, of Elkhart and her nieces and nephews: Owen â€œButchâ€ Morgan of South Bend, Pam (Raymond) Sheppard of Argos, Tom (Rosemary) Morgan of Plymouth, Terry (Sharon) Soellinger of Indianapolis, Karen Soellinger of Elkhart, Laura Soellinger Asbury of Elkhart, Carolyn Soellinger-Wright of Indianapolis, Connie (Tim) Hertsler of Missouri; Laurie (Mark) Pharis, Bob (Donna) May, Mark (Lori) May and Jill (Gary) Morris, as well as, several great nieces, nephews and cousins.
She was preceded in death by her parents, husband Bob and sister, Marlene May.
Visitation will be held from 10-12 p.m. on Saturday June 3, 2017 in the Johnson-Danielson Funeral Home, 1100 N. Michigan Street, Plymouth. Funeral services will follow in the funeral home with Pastor Doug Dieterly officiating.
Burial will be in the New Oak Hill Cemetery.
Memorial contributions can be made to Pet Refuge 4626 S. Burnett Dr. South Bend, IN 46614 or Plymouth Baptist Church 11345 9A Road, Plymouth, IN 46563.