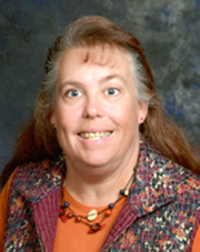 Sandra K. Bazini, 55, passed away unexpectedly on Saturday, August 18, 2018 in North Liberty, Indiana.
Sandra was born on February 15, 1963 in Woodland, California to Frederick M. and Camilla A. (Douglass) Boyd. She attended Northrop High School in Ft. Wayne, where she excelled in swimming, graduating with the class of 1981. She then went on to attend Purdue University, graduating in 1986 with a Bachelors in Pharmacy.
On May 30, 1987 in Ft. Wayne, Sandra married Jimmie Dean Bazini. He would proceed her in death in 2008. She had suffered a few tragic family losses within a short period, but one man entered her life, Ernie J. Whitacre. He brought joy back into her life and brought her wonderful smile back.
Sandra worked as a Pharmacist for many Wal-Mart stores in the area, surrounding areas and even in Kentucky.
Very competitive from an early age, Sandra cherished times at her grandparents playing board games and memories made with her family. Ernie and she were on several bowling leagues at Chippewa Bowling Lanes in South Bend. She loved golfing and running in 5Ks that supported various local causes. She was also an avid fan of Purdue athletics.
Sandra was a very active member of Lakeville United Methodist Church. She was in the Chancel Choir, the Joyful Ringers hand bell choir, attended Sunday school classes and attended a home group that met during the week. She always had a smile and bright energy when she came to church, that everyone enjoyed. Sandra also took time to listen to those that just needed an ear; she never met a stranger.
Sandra is survived by her father, Frederick M. (Karma) Boyd; life-partner, Ernie J. Whitacre of Middlebury, IN; father and mother-in-law, Donald (Rosemary) Laughlin of Claypool IN; step-father, Jim Shilling, step-siblings: Michael (Gail) Baum of Warsaw, IN, Jeanine (Don) Martin of Huntington, IN, Jeff Baum of Wisconsin, Larry (Barb) Baum of Grand Haven, MI; Ryan (Cindra) McCormick of Crawfordsville, IN and Kristen (Basil) Romanovich of West Lafayette, IN; sister-in-laws, Christine (David) Sands of Syracuse, IN and Teresa (Tom) Breading of Warsaw, IN; step-siblings from Jimmieâ€™s family, Theresa Silver of West Lafayette, IN, Michelle (Sean) Koos of Warsaw and Chad (Manika) Laughlin of Warsaw; and many aunts, uncles, nieces, nephews , cousins and friends.
She was preceded in death by her husband, Jimmie, mother, Camilla Shilling, paternal grandparents, William I. (Della) Boyd, maternal grandparents, Merville (Martha) Douglass, step-mother, Marilyn J. (Baum) Boyd and father-in-law, Elias Lee Bazini.
Visitation will be held on Friday August 24, 2018 from 4-7 p.m. in the Johnson-Danielson Funeral Home, 1100 N. Michigan Street, Plymouth.
Funeral services will be held at 11 a.m. on Saturday, August 25, 2018 at the Lakeville United Methodist Church, 610 N. Michigan Street, Lakeville. Visitation will resume one hour prior to the service in the church.
Burial will be at a later date in the New Oak Hill Cemetery, next to Jimmie.
Memorial contributions can be made to the Lakeville United Methodist Church, P.O. Box 24, Lakeville, IN 46536.