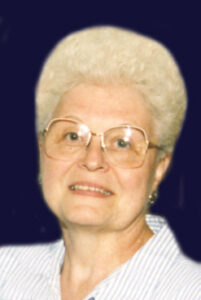 Sandra Lee Hurford, 71, lost a battle to cancer on Sunday morning at 11:45 am in her Baker Street home.
Sandy was born on July 26, 1938 in Natrona Heights, Pennsylvania the daughter of John Franklin and Jane Irene Findon Dick.
On October 18, 1957, Sandy and Duane W. Hurford were married by Rev. Moore in the First Presbyterian Church in Plymouth. Duane also lost his life to cancer on April 5, 2004.
Sandy spent years as a homemaker, she loved spending time with her grandchildren and great grandchildren. She was also an avid shopper and enjoyed embroidery and crafts.
She was a member of the Tyner United Methodist Church including the churches Women’s Group.
Sandy is survived by three children Sherry & Denny Long, Randy & Dianna Hurford and Penny & Jeff Krieg all of Plymouth. Eight grandchildren and 6 Great-Grandchildren survive as well. And she has a brother William Dick.
She was preceded in death by her husband Duane, her parents, a daughter Lisa Diane Hurford, grandson Joshua Crockett, step-father Robert S. Dronsfield, a sister Alice Jane Brukner, and a brother John Joseph Dick.
Friends may join the family in celebrating Sandy’s life on Thursday March 4, 2010 from 4 to 8 p.m. and one hour prior to services in the Johnson-Danielson Funeral Home, 1100 N. Michigan Street, Plymouth.
Funeral services for Sandy will be held on Friday March 5, 2010 at 10:30 a.m. in the funeral home. Rev Charles Krieg will officiate.
Interment will follow in the New Oakhill Cemetery, Plymouth.
Memorial Contributions in Sandy’s name may be given to the Marshall County Center for Hospice and Palliative Care 112 S. Center Street, Plymouth, IN 46563, or to the Women’s Group at the Tyner United Methodist Church PO Box 36, Tyner, IN 46572.