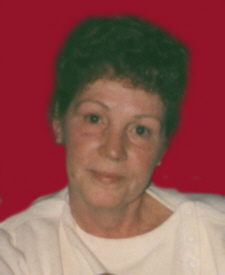 Sandra Lee Potthoff, age 71, passed away in her home on Saturday, March 2, 2013.
Sandra was born in Ashtabula, Ohio on November 19, 1941 to Ed and Mildred (Walker) Bates. She attended high school in Rock Creek, Ohio.
She married John William Morrison Jr. in Ashtabula and had a son, Billy. Billy was honorable discharged as a sergeant in the U.S. Army in 1981 after 6 years of service.
Sandra worked as a nurse’s aid while living in Ohio and volunteered her time working with underprivileged children in Rock Creek. After moving to Plymouth, she worked in Bremen for Creative Foam Medical Systems before retiring in 1995.
She loved being on the back of her son’s Harley motorcycle and going on long rides together. Sandra enjoyed taking care of her dogs and spoiling them.
Sandra is survived by her son, Billy Bates of Plymouth; granddaughter, Diana Porter of PA; two great- grandchildren, Alyssia and Brittney of PA; a sister-in-law, Connie (Bill “Shorty”) Cornelius of LaPaz and her two children, Ashley (William) Morris and Alan Bates; and three sisters: Karen Tagert of Frenchlick, IN, Carol (Dave) Pickett of Smith Point, TX, and Linda Pal of Ashtabula, OH.
She was preceded in death by her parents, ex-husband, and two brothers, Terry and Ed “Spike” Bates.
A Celebration of her life will be held on April 7, 2013 at 3:00 p.m. at the American Legion Post 385 in LaPaz.
Memorial Gifts may be made to the American Legion Post 385, S Michigan Street, LaPaz, IN 46537.