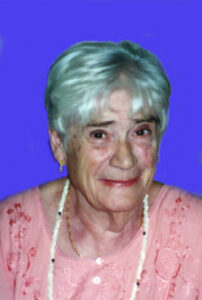 Sarah B. “Sally” Schafer, of Castle Drive, Plymouth, died, following an illness, at her residence where she had lived for the past 14 years, at 2:05 a.m. on Tuesday, December 1, 2009. Sally was 79 years-old.
Born in Culver, IN., on August 13, 1930, she was the daughter of Samuel and Lilly (Seese) Buswell and attended Culver schools.
In January of 1948, Sally and Charles H. Schafer were married in Jeffersonville, IN. They enjoyed traveling together and winters in the Florida Keys. For several years they owned and operated the Down to Earth woodstove store in Plymouth and were the proprietors of the Long Pointe Bed & Breakfast on Lake Maxinkuckee.
Sally was a homemaker. She loved to cook and try new recipes. She enjoyed word searches, reading romance novels and growing flowers. She appreciated nature and everything in it, particularly birds and encouraged the humane treatment of all animals.
One of the highlights of her life was a trip to Europe in June of 2000, given as a graduation gift to her family.
She appreciated music and had played the flute.
A member of Mothers Against Drunk Driving, she was also an avid Humane Society supporter.
Sally is survived by Charles, her spouse of almost 62 years and by their son; Robert and spouse Valerie Schafer of Plymouth, four grandchildren; Lee R. Schafer, Sarah A. Schafer, Eleesha J. Schafer all of Plymouth and Samuel C. and spouse Echo M. Schafer of Bourbon. Five great grandchildren also survive.
A sister, Mary Lou Loftus, VA., and a brother, John (Anne) Buswell, Indianapolis, IN., survive as well.
Sally was preceded in death by two sons; Charles H. Schafer and Earl “Bud” W. Schafer and a brother; Jack Buswell.
Friends are invited to share their memories and visit with Sally’s family from 4 to 8 p.m. on Friday, December 4, 2009, at the Johnson-Danielson Funeral Home, 1100 N. Michigan St., Plymouth. Funeral services for Sally will be held at 11 a.m. on Saturday, December 5, 2009, in the funeral home with the Rev. Chuck Krieg officiating.
Burial will be in the Culver Masonic Cemetery.
Memorial gifts in Sally’s memory may be made to Best Friends Animal Society – Dog Town, 5001 Angel Canyon Road, Kanab, Utah 84741.