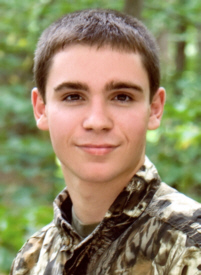 Sgt. Aaron L. Stephens, USMC, 23, formerly of Argos, passed away on Monday, October 27, 2014 in Jacksonville, North Carolina.
Born the son of Darrell C. and Dianne S. (Kranitz) Stephens in Plymouth on January 27, 1991, Aaron graduated from Argos High School with the class of 2009.
The day after graduation, Aaron left for the U.S. Marine Corps. Upon graduation from the U.S. Marines and through hard work, Aaron achieved the rank of Sergeant and served our country overseas in the Middle East in satellite communications. He received a Navy Commendation Medal, along with various medals, for his service and had re-enlisted for a second tour a year ago.
An outdoorsman, Aaron loved fishing, hunting for Native American artifacts and shot archery. He had just found a liking for kayaking this past summer. He cherished every moment with his daughter, Alexis, and family gatherings.
He is survived by his parents, Darrell and Dianne of Argos; his daughter, Alexis B. Dreibelbis of South Bend; his siblings: Anne M. (Orlando) Cuahuizo of Warsaw, Travis L. (Lucy) Stephens of Gainesville, FL, Amanda G. (Chris) Steele of Gaylesville, AL, and Melanie L. Stephens of Knoxville, TN; maternal grandmother, Opal M. Kranitz of Walkerton; and will also be dearly missed by numerous uncles, aunts, nephews, nieces and cousins.
Aaron was preceded in death by his maternal grandfather, Louis P. Kranitz and paternal grandparents, Cosby H. and Mary B. Stephens.
Visitation will be held on Tuesday, November 4, 2014 from 3 – 8 p.m. in the Johnson-Danielson Funeral Home, 1100 N. Michigan Street, Plymouth.
Funeral services will be at 11 a.m. on Wednesday, November 5, 2014 in the Johnson-Danielson Funeral Home, officiated by Chaplain Marianne LaPlante. Visitation will resume one hour prior to the service in the funeral home.
Burial will be in the Porter Rae Cemetery in the Potato Creek State Park, North Liberty, Indiana with Military Honors provided by the U.S. Marine Honor Guard.
Memorial contributions can be made to the family for his daughter Alexis’ Education Fund.