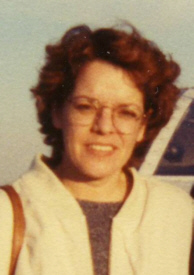 Sharon K. Begley, 56, of Webster Street, passed away at 9:30 p.m. on Tuesday, February 25, 2014 at the Elkhart Hospice House following a brief illness.
Born in California on December 5, 1957, Sharon was the daughter of George and Jeanne Gardner Wissmann. She graduated from Burbank High School in California in 1976.
Sharon married Robert M. Begley on Oct 7, 1993 in Plymouth. The couple shared of love of flying single engine planes. After Robert took Sharon on her first plane ride, she got her pilot license shortly after.
Sharon worked as an inspector for Hoosier Tire until 2005.
Sharon is survived by her loving husband, Robert, of Plymouth and her son Ron L. Reynolds of California. Also six siblings and numerous nieces and nephews that reside in California.
Private family services will be held at a later date.