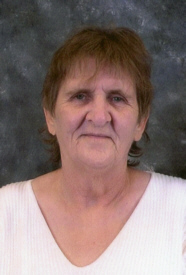 Sharon Kay Schoff, 64 and a Marshall County resident her whole life, passed away unexpectedly at her son’s home in Lockport, Illinois on Sunday, October 11, 2015.
Sharon was born in Bremen, Indiana on February 20, 1951 to Leonard and Helen (Marsh) Sauer.
On August 29, 1975 in Plymouth, Sharon wed Ben Schoff, who survives.
She was a wonderful homemaker and stay at home mom when her kids were young. In her later years, she enjoyed playing Bingo and watching and attending NASCAR races with her friends and family. Sharon enjoyed crocheting, making a blanket for each one of her kids. She treasured times spent with her grandkids and attending their various events. Family time was most important to her, and she adored every moment with them. Sharon always put others before herself.
She was a member of the Plymouth Church of the Heartland and the Plymouth Women of the Moose. She also enjoyed going to the Plymouth VFW with Ben and meeting up with friends.
Sharon is survived by her children: Barry A. Sauer of Pendleton, IN, Michael A. (Vickie) Ream of Lockport, IL, Billy R. (Kathy) Schoff of Plymouth, Matthew P. Schoff of Plymouth, and Buffy A. (Joshua) Hanson of LaPaz. Her grandchildren are: Brandon, Patricia, Kayla, Austin, Jenna, Trevor, Destiny, Cody, Gage, Devon, Skyla, Barry Jr. and Abigail. Also surviving are her brothers, William (Bonnie) Sauer Sr. of Kewanna, IN and Jerry (Nancy) Marsh of Warsaw, and nephews and nieces including: William Jr. David, Tony, Daphne, Cindy and Tamaya.
She was preceded in death by her parents.
Visitation will be from 4-7 p.m. EDT on Friday, October 16, 2015 in the Johnson-Danielson Funeral Home, 1100 N. Michigan Street, Plymouth, Indiana.
Funeral services will be take place at 11:00 a.m. EDT on Saturday, October 17, 2015 in the funeral home with Pastor Herb Hiatt officiating. Visitation will resume one hour prior to the service.
Burial will be in the New Oakhill Cemetery, Plymouth.
Memorial contributions can be made to Riley Children’s Hospital: 705 Riley Hospital Dr. Indianapolis, IN 46202.