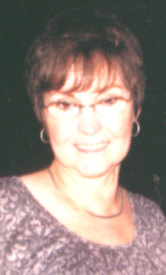 Sharon L. Drobitsch, 66, a resident of Plymouth since 1987, coming from Chicago, passed away of natural causes at 10:37 a.m. on Friday, March 1, 2013, in Miller’s Merry Manor, Plymouth.
Sharon was born in Chicago on October 23, 1946, the daughter of Fred and Edna (Quinn) Menges. There she attended Wescott High School.
On February 27, 1971, in Chicago, she and Robert A. Drobitsch were married. Robert, a former Chicago firefighter, died on the 23rd of June in 1998.
In addition to spending time with her children, granddaughter, family and friends, Sharon enjoyed bowling as a member of the Plymouth Women’s League.
She was a member of the Roman Catholic faith.
Sharon is survived by a daughter; Cindy M. (Justin M.) Wojdyla, Naperville, Ill., a son; Brian M. Drobitsch and a granddaughter, Riley R. Drobitsch, both of Plymouth.
A sister, Marlene (Gary) Pecka, Moline, Ill. and a brother, Ron Menges, survive as well.
She was preceded in death by her parents, her husband and a brother, James Menges.
Visitation will be held on Monday, March 4, 2013, from 4 to 8 p.m., EDT, in the Johnson-Danielson Funeral Home, 1100 North Michigan St., Plymouth, Ind.
Additional calling for Sharon will be held on Tuesday, March 5th from 3 – 9 p.m. (CDT) in the Thomas McInerney & Sons Funeral Home, 4635 S. Wallace St., Chicago, Ill.
A Mass of Christian Burial for Sharon will be at 10 a.m. (CDT) on Wednesday, March 6th , at St. Gabriel Catholic Church, 4522 S. Wallace St., Chicago, Ill.
Interment will follow in the Mt. Olivet Cemetery, Chicago.
Memorial gifts may be made to the 100 Club of Chicago, 135 S. LaSalle Street, Suite 1162, Chicago, Ill 60603 to benefit families of fallen Chicago Firefighters.