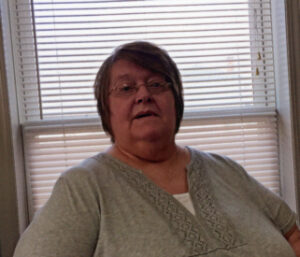 Sheila L. McNeal, 64, passed away in her home with her family surrounding her, at 3:57 p.m. on Tuesday, August 9, 2016.
Sheila was born in South Bend, Indiana on August 14, 1951 to Richard A. and Doris L. (Dawson) Green.
In South Bend on September 16, 1967, Sheila married the love of her life, Gene A. McNeal Sr. She worked for Bremen Glass for 32 years in production until her retirement.
Sheila enjoyed bowling and was on many leagues with her girlfriends. She liked to play Bingo and do crossword puzzles. She loved being outside and listening to the birds flying around her. But above all, Sheila loved playing with her grandchildren and being with her family.
She is survived by her loving husband of 48 years, Gene of Plymouth, and their three children: Cindy (Chip) Hunter of Plymouth, Gene A. (Mary) McNeal Jr. of Etna Green, and Ronnie L. (Belinda) McNeal of Plymouth. Her grandchildren: Ashley, Haley, Carley, Kyley, Zoee, Tasha, Geneve, Joshua, Kristen and Kara. Her great-grandchildren: Cayden, Braxden, Audilynn, Taylynn, Shaylynn, Jesslynn, Maddie and Maggie. Also surviving are her sisters: Sherry (Dean) Baker of Walkerton, Jackie Rogers of Culver, Debbie (Glenn) Hardesty of Plymouth, Sharon (Greg) Zellers of Walkerton and Shelly Wheat of Plymouth.
She enjoyed spending time with her special friends: Kathy Benninghoff, Barbara Lohse, Rosie Thacker and Cindy Lavine.
Sheila was preceded in death by her parents, Richard and Doris Green, sister, Darlene Brogdon and brothers, Rick, Gary and David Green.
Visitation will be held on Monday, August 15, 2016 from 3-8 p.m. in the Johnson-Danielson Funeral Home, 1100 N. Michigan Street, Plymouth.
Funeral services will be held at 11 a.m. on Tuesday, August 16, 2016 in the funeral home with Vicky Thompson officiating. Visitation will resume one hour prior to the start of the service.
Burial will be in the New Oak Hill Cemetery, Plymouth.
Memorial contributions can be made to the family.