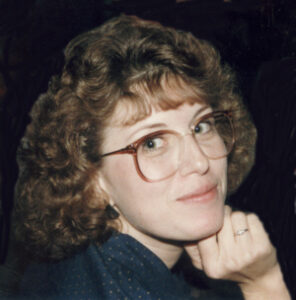 Sherry Jane Long, 52, died peacefully at her home on Wednesday morning in the company of her family and assisted care of hospice volunteers. A lifetime Marshall County resident, Sherry has resided on King Road in Plymouth for the past 11 years. She was diagnosed with cancer on April 8, 2010.
Sherry was born on January 19, 1959, the daughter of Duane W. and Sandra Lee (Dick) Hurford. She was a graduate of LaVille High School in 1977, where she played in the band.
On May 8, 1982, Sherry and Dennis P. Long were united in marriage at the First Presbyterian Church in Plymouth. To that union two children were born Matthew and Allison.
Sherry was a doer, drawing little attention to herself but always there for others. Since 2000 she has been active in supporting the family’s sport of go-kart racing as a fan and food lady. Her career in association with the medical field allowed her to care for others and gave her the passion to continue moving forward through her own illness, continuing to work until November of this year. Sherry began her work history in 1977 in the office of Drs. Robertson, Kubley and Holm at the Plymouth Medical Group. She moved to General Vascular Surgery at St. Joseph Regional Medical Center in Plymouth and for a time in South Bend. She returned to work with Dr. Vanlandingham’s office and then Marshall County OB/GYN before returning to her position of office supervisor with Marshall County Surgery Associates in Plymouth. Through all of that she found the time to volunteer with the Plymouth EMS service for six years following its inception in January of 1978.
Sherry is survived by her husband Denny, son Matthew D. Long of Indianapolis, IN and daughter Allison K. Long a student at Manchester College.
Her sister, Penny (Jeff) Krieg of Plymouth, her brother, Randy (Dianna) Hurford of Plymouth and beloved cousin Pam (Jim) Kane of Natrona Heights, PA also survive with many nieces and nephews.
She was preceded in death by her parents and one sister Lisa Diane Hurford.
The family will welcome friends from 1 – 5 p.m. on Sunday, November 27, 2011 in the Johnson-Danielson Funeral Home, 1100 N. Michigan St. Plymouth. Services will follow visitation in the funeral home at 5 p.m. with Rev. Charles Krieg officiating.
Graveside services will take place Monday at 10 a.m. in the Summit Chapel Cemetery located on State Highway 10 near Tippecanoe, Indiana.
Memorial gifts may be made to Center for Hospice Care, 112 S. Center Street, Plymouth, Indiana 46563