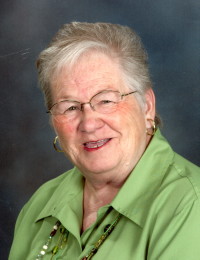 Shirley J. Donaldson, 85, passed away at 7:10 p.m. on Tuesday, March 3, 2020 at Pilgrim Nursing Home, Plymouth.
Shirley was born July 7, 1934 in Toledo, Ohio to Harry Edward and Josephine Annetta (Bishop) Fisher, died March 3, 2020.
She grew up in Toledo, Ohio. After her father passed away when she was 16 her mother remarried and they moved to Blissfield, Michigan. That is where she met the love of her life, A. Glenn Donaldson. They raised four children. She was a stay at home mom. Active in her children’s activities. She was a cub scout den mother, brownie and girl scout leader and was active in PTA. She moved to Plymouth Indiana in 1967 when Glenn was transferred from the Reading Michigan plant of Essex Wire to the Plymouth plant, formerly known as United Technologies. She was a member of the First United Methodist church, 7-year consolence guild, life member of the VFW ladies Auxiliary, 6919-Culver, American Legion Auxiliary 27, Plymouth Elks Lodge, Ladies of the Moose lodge, National Society of Red Hats, local chapter, Angels in Red.
Shirley is survived by a son, Michael (Cathy) Donaldson, Beverly Hills, FL, and daughters: Kathyrn Denney, Plymouth, IN; Jodelle (Marvin) Hardy Plymouth, IN; Brenda (David) Hudson, Dunnellon FL. Ten grandchildren, Stephanie (Erica) Hardy-Pike, Jason (Imelda) Denney, Derek (Diana) Hardy, AJ Donaldson, Corey (Marla) Denney, Kristina (Nicholas) Pitts, Gabrielle (Joe) Vires, Mark (Jamie) Cyrlik, Nicole (Cody) Bodzinski, and Ryan Donaldson. 28 great grandchildren and three great-great grandchildren. Also surviving is her step-sister Bobbie Craft, of Pfafftown, SC.
She was preceded in death by her parents, her husband Glenn in 1988, son-in-law David Hudson and great grandchild Nevaeh Denney.
Shirley was a very patriotic lady. She had five generations of relatives that served in the armed forces; Navy, Army, Air Force, and Marines.
She loved time with her family, her grandkids, and great grandkids, gardening, shopping and her garage sale. She did water aerobics at Ancilla, Swan Lake, Super 8, and then Lifeplex. She attended classes until her health issues. She was in failing health the last several years of her life. She passed away surrounded by her family.
Visitation will be held on Monday, March 9, 2020 from 12-2 p.m. at the Johnson-Danielson Funeral Home, 1100 N. Michigan Street, Plymouth. Funeral services will immediately follow with Pastor Toni Carmer officiating. Burial will be in the New Oak Hill Cemetery, Plymouth.
Memorial contributions can be made to the donor’s choice.