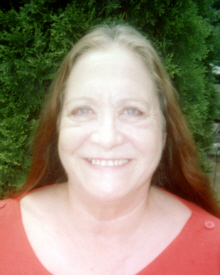 Shirley Lou Davis, 67, a resident of North 7th Street in Plymouth, passed away following an illness at 5:05 a.m. Friday, October 24, 2014 in the Cardinal Nursing & Rehabilitation Center, South Bend.
Shirley was born in Hanover, West Virginia on July 8, 1947, the daughter of General L. and Minerva J. Lester. They have preceded her in death.
She was a 1993 graduate of Ancilla College and became a social worker. Shirley had a desire to care for everyone and relieve their worries. She assisted Pathfinders in Etna Green, Indiana until she became the bride of Richard O. Davis in Plymouth on June 28, 1999. They dedicated to each other the next fifteen years.
Surviving her loss is her spouse Richard “Dave”, a daughter Amy Davis of Plymouth, a son Clark Davis Jr. of Plymouth, granddaughters Samantha R. Davis, United States Navy and Shania L. Davis of Plymouth. A brother Earl Lester of Smithville, TN also survives with many nieces and nephews.
She is also survived by many step sons and daughters and their children.
Preceding her in death were her parents, a sister Dorothy Copley and brothers C. Mack Lester, Harold Lester and Ed Lester.
Visitation will be held on Monday October 27, 2014 from 5 – 7 p.m. in the Johnson-Danielson Funeral Home, 1100 N. Michigan St., Plymouth. Services will be held immediately following visitation at 7 p.m. in the funeral home. Deacon Dan Morton of the Bethel Assembly of God Church will preside.
Shirley will return home for burial in Vance Cemetery, Bradshaw Mountain, West Virginia.
Memorial gifts may be made to Alzheimer’s and Dementia Services of Northern Indiana, 922 E. Colfax Avenue, South Bend, IN 46617.