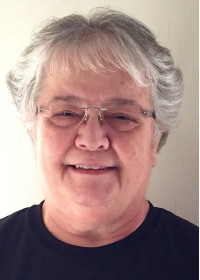 Sister Mary Kathleen Kuenstler (Sister Kate) Poor Handmaid of Jesus Christ (PHJC), died on October 28, 2019 at the Catherine Kasper Home, Donaldson, Indiana. Sister was born in St. Louis, Missouri on January 21, 1949 and she was adopted by Lawrence Kuenstler and Lorraine (Buerster) Kuenstler who preceded her in death. Her siblings include her brother, Matthew (Deb) and her sister, Agnes Schoultz.
Sister Kateâ€™s interest in the Poor Handmaid Community began as a farm girl in Illinois at the Holy Cross Parish, where she was introduced to the Poor Handmaidsâ€™ charism by her teachers. Sister Kate entered the Poor Handmaids August 25, 1967 and professed her vows on August 5, 1970. She received her B.S. in Education from St. Joseph College in East Chicago, Indiana, and began her first ministry in education as an elementary teacher for almost ten years at schools in Indiana and Minnesota. Sister Kate went on to receive her M.A. degree in Religious Education and ministered as a Director of Education and a Diocesan Consultant in the Springfield, Illinois diocese and Belleville, Illinois diocese. Sister Kate pursued Canon Law and in 1992 she received her J.C.L. (Licentiate in Canon Law) and her J.C.D. (Doctorate in Canon Law) from St. Thomas Aquinas Pontifical University, Rome, Italy.
Her career in Canon Law ministry began as a Judge in Marriage Tribunal. Later, she initiated her own private practice as an independent Canon Lawyer specifically focused on being an Advocate for the Laity. Sister Kateâ€™s practice covered many states and countries, including Canada and Australia.
â€œSister Kate was a tireless defender of the canonical rights of lay people in the Church, especially the rights of parishioners. Her creative advocacy changed Vatican policy from automatically accepting US bishopsâ€™ decisions to close and sell vibrant churches to one that preserves churches as worship sites instead,â€ said Sister Chris Schenk, CSJ, cofounder of Future Church.
Following an unexpected illness, Sister Kate moved to Catherineâ€™s Cottage in January 2019 and then to the Catherine Kasper Home in May 2019.
Visitation will be held at the Catherine Kasper Home at The Center at Donaldson on Friday, November 1, 2019 beginning at 4:30 p.m. (EDT). A Prayer Service will be held the same evening 7:00 p.m.
Funeral Liturgy will be held in the Catherine Kasper Home Chapel on Saturday, November 2, 2019 at 10:00 a.m. (EDT). Burial will follow in the Mt. Carmel Cemetery, at The Center at Donaldson.
Memorial contributions can be made to the Poor Handmaids of Jesus Christ, PO Box 1, Donaldson, Indiana 46513 or online at www.poorhandmaids.org.