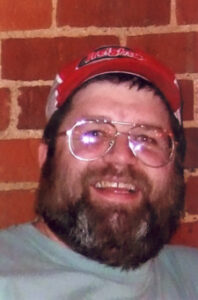 Stacey E. Bonnell, 48, a Plymouth resident since the late 1980’s, coming from Monticello,
entered into rest at 4:43 a.m. Sunday, June 10, 2012 at St. Joseph Regional Medical Center, Plymouth, following a heart related illness.
The son of Donald E. and Christina A. Brockman Bonnell, Stacey was born in Monticello on December 16, 1963. He was a 1983 graduate of Twin Lakes High School, where he had been an outstanding athlete in football and wrestling.
Stacey served for four years in the U.S. Army, three of which were in Germany, doing border patrol.
On August 11, 1999, Stacey and Rhonda L. Gaines were married in Plymouth.
He had worked at Pregis Corp. in Plymouth for over 25 years.
An avid golfer, Stacey also enjoyed going to auctions, watching sports on television and especially playing with his three grandsons.
Stacey is survived by his wife, Rhonda; a son, Aaron (Amber) Gaines; a daughter, Ashton Gaines; three grandsons, Joshua Gaines, Gavin Gaines and Talon Craig; and a sister, Ronda Campbell, all of Plymouth. Also surviving are three brothers: Larry (Judy) Bonnell, Steven (Brenda) Bonnell and Don Bonnell, all of Monticello.
He was preceded in death by his parents.
Friends may visit with Stacey’s family from 4 to 8 p.m. on Wednesday, June 13, 2012 in the Johnson-Danielson Funeral Home, 1100 N. Michigan St., Plymouth.
Funeral services officiated by the Rev. Ed Friberg of the Plymouth Wesleyan Church, will be held in the funeral home at 11:00 a.m. on Thursday, June 14, 2012.
Interment will be in New Oakhill Cemetery, Plymouth, where military honors will be accorded Stacey by members of the Plymouth American Legion Post 27, Veterans of Foreign Wars Post 1162 and the D.A.V.
Memorial gifts in Stacey’s memory may be made to the American Heart Association, 208 S. LaSalle, Suite 900, Chicago, IL 60604 or to his family.