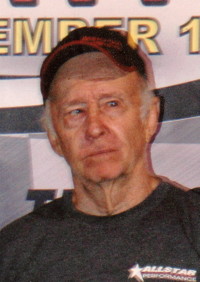 Stanley O. Roahrig, 76, passed away at the Vibra Hospital in Ft. Wayne, Indiana at 12:30 a.m. on Monday, November 26, 2018.
Lifetime resident, Stanley was born in Plymouth on June 13, 1942 to Olen and Lovette (Rhoade) Roahrig. He graduated from Plymouth High School with the class of 1960.
Stanley farmed in the Marshall County area his whole life until his retirement in 2010. He was heavily involved in auto racing with his brother, son and grandson, and would travel all over the states for various events.
In June of 1989, Stanley O. Roahrig married Gail L. â€œSusieâ€ Roahrig in their Inwood home. She would precede him in death on January 13, 2006.
He is survived by his son, J.R. Roahrig of Plymouth; grandson, Tyler Roahrig of Plymouth; and siblings, David (Stephanie) Roahrig of Inwood and Judy (Roger) McKinney of Argos. Also surviving are his step-children: Craig Knapp, Brad Knapp, Bruce Knapp and Eric Knapp, as well as, several step grand and great-grandchildren.
Visitation will be held on Wednesday, November 28, 2018 from 4-7 p.m. in the Johnson-Danielson Funeral Home, 1100 N. Michigan Street, Plymouth.
Funeral services will be held at 11 a.m. on Thursday, November 29, 2018 in the funeral home with Rev. Charles Krieg officiating
Burial will be in the New Oak Hill Cemetery, Plymouth.