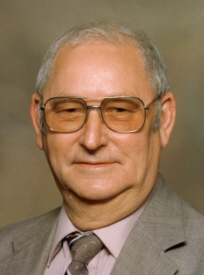 Stanton C. Splix, 80, a 16074 Cook Lake Trail resident, passed away at 5:30 a.m. Saturday, August 6, 2011 at his home. In recent years he has suffered declining health due to congestive heart failure.
Stan was born at home on April 23, 1931 in Plymouth to Donald S. and Mary C. (Richard) Splix.
He graduated from Plymouth’s Lincoln High School in the Class of 1950.
From 1951 – 1955 he served his country in the Air Force and was stationed in Fairbanks, Alaska at Eielson Air Force Base with the 58th Weather Recon Squadron as an aircraft mechanic.
Nearly 52 years ago on September 19, 1959 in Lakeville, Ind., Stan married Teresa A. Hummel who survives. They are members of St. Michael Roman Catholic Church in Plymouth.
Stan was a tool & die maker for 35 years retiring in 1993 from Capitol Technologies in South Bend. Stan loved the water and had resided on Cook Lake for over 51 years and had enjoyed to fish and hunt. Following retirement the couple spent eleven winters on the Florida Gulf near Englewood.
Stan and Teresa are the parents of four children; two boys and two girls. They have experienced the passing of their daughters; Sandra Splix in 1982 and Peggy Splix Nelson in 2008. Peggy’s husband Jeff survives of Lake Worth, Florida and her children; Joshua and Eric (Michele) Vancza. Son Nick (Cheryl) Splix of Plymouth with children; Nicole, Jeremy and Brittani Splix. Son Michael Splix also of Plymouth with children; Melissa Splix, Victoria (Nick) Clabaugh and Victor (Desiree) Splix. Eight great-grandchildren: Harlyn, Hayli, Tyler, Angelique, Jonah, Violet Rose, Cole and Madix complete their families. Stan’s sister Betty Heiden of Plymouth also survives.
Visitation will be held on Tuesday, August 9th from 4 – 8 p.m. in the funeral home. A Mass of Christian Burial will be celebrated by Fr. William Kummer at 11 a.m. Wednesday, August 10th in St. Michael Catholic Church, 613 N. Center Street, Plymouth. Assisting in the services will be Tom Padberg, Chaplain – Center For Hospice Care.
Burial will follow in the New Oakhill Cemetery, Plymouth with military honors provided by members of the American Legion Post 27, V.F.W. Post 1162, D.A.V. and South Bend Honor Guard.
Memorial gifts may be made to St. Michael Catholic Church 614 N. Walnut St. Plymouth, IN 46563 or Center for Hospice Care 112 S. Center St. Plymouth, IN 46563.