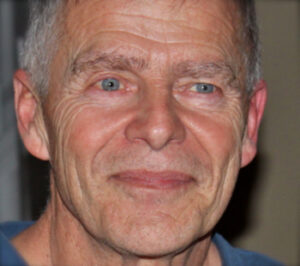 Stephen A. “Steve” Izdepski, a man known for his strength and character, entered yet another season of life as he was welcomed into the arms of his Lord and Savior Jesus Christ. His eternal rest at the age of 65 came on the Lord’s Day, Sunday, January 11th at 1:20 p.m. just six months after being diagnosed with Leukemia.
He was the third of seven children born to Alfred F. and Patricia A. (Maddox) Izdepski. Steve was born in Plymouth on June 14, 1949 and raised in the LaPaz area then graduating from LaVille High School in 1967 where he played baseball. He then attained a Political Science degree from Indiana State University.
In 1979, he embarked on his own business as a skilled tradesman and became known in the area as Steve’s Concrete for the next 35 years.
What Steve would like to better be remembered for is his acceptance of Jesus Christ just seven years ago and securing his Salvation. He loved to talk about God, read His word and live out his own life as a family man with Christian values. He loved his entire family yet especially enjoyed his grandchildren. Steve is survived by his former spouse Lori A. (Holzwart) Izdepski, his supportive partner Lori Mangiaracina of Naperville, IL, his three loving daughters and families; Nicole K. (Jacob) Burton of South Bend and their children Laney and Ellie, Kayla A. (Matthew) Fillmore of El Dorado Hills, CA and their son Walker, and Sara M. Izdepski & Steven M. Wedel of South Bend.
His six surviving siblings include; Jerrolyn M. (Dale) Fansler of Plymouth, Susan K. (Al) Binford of Gulf Breeze, FL, Betty A. (Steve) Klingerman of Plymouth, Christine J. (Paul) Hundt of Plymouth, Cynthia J. (Steve) Rowe of Navarre, FL and Mark W. (Lona) Izdepski of Litchfield, AZ, along with many loving nieces and nephews.
He was preceded in death by his parents.
Family and friends will gather to celebrate Steve’s life on Friday, January 16th from 4 – 6 p.m. in the Johnson-Danielson Funeral Home 1100 N. Michigan St., Plymouth. Services will follow in the funeral home at 6 p.m. A reception will immediately follow in the Plymouth Wesleyan Church fellowship hall located at 11203 S. Michigan Road.
In lieu of flowers, Steve would be honored for you to perform a charitable act in Christ’s name as a testament to his Faith.