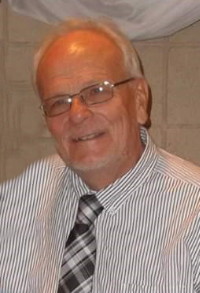 Stephen David Barnhart 71 of Plymouth, Indiana passed away Wednesday July 15, 2020 at his residence in Plymouth. He was born on June 7, 1949 to Oscar and Mary (Hendricks) Barnhart in Terra Haute, Indiana.
He graduated from East Chicago Washington High School.
He was employed for many years as the Dean of Admissions at the Glenwood Academy in Glenwood, Illinois and was worked as a courier with the Visiting Nurses Association and was also employed at St. Catherine Hospital in East Chicago, Illinois.
Stephenâ€™s hobbies included fishing, crossword puzzles, word searches, hiking, and nature in general. He was an avid Chicago Bears and Chicago Cub fan.
Stephen was a member of the Church of the Nazarene in Munster, Indiana.
Survivors in his sons: Chris (Melissa) Barnhart of Argos, Indiana and Aaron Barnhart of Hammond, Indiana: daughter: Alison (Alex) Barnhart of Hobart, Indiana: granddaughter: Jaelynn Ray of Valparaiso, Indiana and a nephew Stanley (Sierra)Barnhart of Murray, Kentucky. Sister-in-law Pam Barnhart.
He was preceded in death by his parents, brother; Stanley Barnhart and a sister; Eula Barnhart.
As it was his wish to have no services at this time a family memorial will take place at a later date.