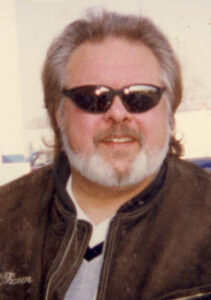 Stephen Douglas Slater, 63, a Mill Pond, Plymouth resident, passed away at his residence of natural causes on Saturday, March 10th 2012.
Steve was born the son of Carl and Nellie K. (Burgess) Slater in Plymouth on June 25, 1948. He graduated from Plymouth High School in 1966.
Steve entered the United States Navy on July 25, 1967 and served during Vietnam War until September 21, 1970.
He was a Harley-Davidson enthusiast and fostered many friends
A former resident of South Bend, Steve worked for the South Bend Street Department until an accident rendered him disabled.
He is survived by his wife Sherry A. (Hunley) Zajac Slater whom he married on March 11, 2000 in Plymouth. Also surviving is his father-in-law, Frederick R. Hunley of Plymouth, several aunts, uncles, cousins and friends. He was preceded in death by his parents.
Services for Steve will be held on Friday, April 6th at 7:30 p.m. in the Johnson-Danielson Funeral Home, 1100 N. Michigan St., Plymouth with Life Celebrant Roberta Norris leading the services. Friends may call from 5:30 p.m. to 7:30 p.m. prior to services. A graveside service with Military Honors provided by members of the American Legion Post 27, V.F.W. Post 1162 and the D.A.V. will be held at 11 a.m. Saturday, April 7th in the New Oakhill Cemetery, located on South Michigan Street, Plymouth. A funeral luncheon will immediately follow at the American Legion Post 27, 1040 E. Jefferson Street, Plymouth.
Memorial gifts may be given to the American Diabetes Association, 55 E. Monroe Street, Suite 3420, Chicago, IL 60603