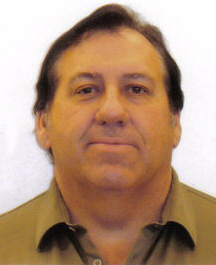 Stephen Duane Fulk, 61, a Sycamore St., Plymouth resident, passed away unexpectedly at 2:37 p.m. Sunday, November 17, 2013 following surgery at St. Joseph Regional Medical Center in Mishawaka.
The son of Welcome George and Esther Marie (Keehn) Fulk, Stephen was born August 22, 1952 in LaPorte, Indiana. Stephen attended Washington Township School near Ober.
He was a school bus driver for the Plymouth School Corporation and was former owner of City Cab in Plymouth where he was known as “CABBY”. He was also known for his carpentry skills, crafting picnic tables and fixing things for many others. Stephen also enjoyed playing cards.
Stephen was formerly married to Lucinda Nolton (now deceased) they are parents of two children: Stephanie, with her children; Dustin and Amber and Tammy, with her children; Mikayla and Eric.
He was then married to Judy Mullins of Plymouth, she and their two children also survive. They are, daughter Michelle Lynn (Kevin) Weldon and their children Lindsey M. Weldon and Chloee N. Weldon and son Jonathan D. Fulk of Plymouth and his children Katilyn Butcher and Mya Fulk.
Two brothers also survive, they are; Gene (Lisa) Fulk of Yakima, WA and Jerry (Mary) Fulk of Fish Lake, IN.
He was preceded in death by his parents Welcome and Esther Fulk and step-father; Ed Nordstrom.
There are no services planned at this time.