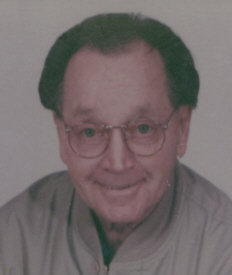 Stephen G. White, 83 of Berkley Street in Plymouth, passed away at 4:10 a.m. on Wednesday, April 24, 2013 at Kindred Hospital, Mishawaka.
Stephen was born on July 1, 1929 in Noblesville, Indiana to S. Garner and Jewel A. (Wilson) White.
Stephen served in the United States Navy for four years until he was Honorably Discharged in 1954.
He worked at White’s Clothing until 1961, a company his father had owned for 27 years. Stephen then worked as a golf course supervisor in the Florida and North Carolina areas for 27 years until his retirement in 1997. He enjoyed playing golf, watching basketball and attending Plymouth High School football and basketball games.
Stephen is survived by his daughter Stephanie (Chris) Dahlke of Indianapolis; his son, Douglas Palmeter of Bessemer, MI; his dear friend, Judy Rice of Plymouth; and his friend and attorney, Stephen Cook.
Stephen was preceded in death by his parents and his sister, JoAnn Mosbaugh in 2008.
A Memorial service will be held for Stephen on May 4, 2013 at 11:00 a.m. at the First United Methodist Church, Plymouth. There will be an hour of visitation from 10:00 a.m. – 11:00 a.m. prior to the service in the church.
Memorial contributions can be made to the Plymouth High School Athletic Club, 1 Big Red Drive, Plymouth, IN 46563.