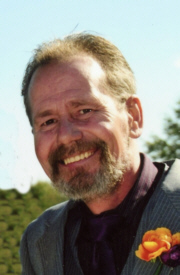 Stephen J. Streets, 56, a 20 year resident of Grovertown died suddenly at 7 a.m. EDT Tuesday, October 13, 2015 in the IU Health – LaPorte Hospital.
Steve is the son of Sommie B. Streets Kruder and was born in Elkins, West Virginia on October 1, 1959. He received most of his education in Oaklawn, IL and finished in Plymouth.
Steve served in Germany with the United States Army from 1980-1983 and then continued to serve many years in the National Guard.
A carpenter by trade, Steve had worked for Eisenhour Home Improvements, the Damon Corp. and Medallion Cabinetry.
On August 14, 1999 in Grovertown, he took as his bride Amy B. White. They blended a family of five children. Family times were important to him and he took pleasure in being stubborn and good naturedly ornery. He enjoyed relaxing in the back yard in the company of his Shitzu Khloee. Steve also liked watching Western movies and listening to Country Music.
He is survived by his wife Amy and children: Jennifer A. (TJ) Smith of Rochester and their son Cole W. Dowd, Stephen J. Streets of Argos, Deanna M. (Bob) Hinsey of Kewanna and children Austin, Gabrial and Anna, and Ashley N. Fawley of South Bend. One brother David W. (Emily) Streets of Eagle River, Alaska with nieces and nephew Chelsea, DJ, and Heather survive as well as mother-in-law Dorothy M. White of Plymouth.
Steve was preceded in death by daughter Rachel E. Fawley on May 24, 2002, his step-father Calvin E. Kruder Sr., father-in-law Howard L. White Sr. and maternal grandparents Herbert and Anna Grace Streets.
Visitation will be held on Thursday, October 15th from 4 – 8 p.m. EDT in the Johnson-Danielson Funeral Home, 1100 N. Michigan St. Plymouth. Funeral services will be held at 11 a.m. EDT on Friday, October 16th in the funeral home with Rev. Charles Krieg officiating. Visitation will continue one hour prior to services in the funeral home.
Burial will follow in the New Oakhill Cemetery, Plymouth where Military Honors will be accorded him by members of the Plymouth American Legion Post 27, Veterans of Foreign Wars – Marshall Co. Post 1162 and the DAV.
Memorial gifts may be given to the Wounded Warrior Project 230 W. Monroe, Suite 200
Chicago, IL 60606.