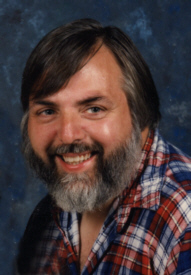 Stephen L. Minton, 66, an 18 year resident of West 12th Road in Plymouth, passed away of natural causes at 3:30 a.m. on Friday, October 30, 2015 in the St. Joseph Regional Medical Center – Plymouth Campus.
Steve was born in Indianapolis, Indiana on July 5, 1949 the son of Albert V. and Juanita (Niles) Minton. He received his education in the Indianapolis Public School System.
On March 31, 1981 in Michigan City, Indiana he took as his bride Barbara L. Shepperson where the couple lived until moving to Plymouth.
Steve had worked many years for the Weil-McClain boiler manufacturing company as a maintenance engineer.
A born again Christian, Steve loved to follow NASCAR and enjoyed antique cars and Country/Bluegrass music.
He is survived by his wife Barb and two sons; Justin C. Minton of Plymouth and Christopher J. Minton of Michigan City. A sister Penny Tyler also survives.
Proceeding in death were his parents and one son Scott A. Minton.
Steve’s wishes were to be buried in the West Township Gross Cemetery located near their home on W. 12th Road. A graveside service will take place there on Monday, November 2nd at 10:30 a.m. with Rev. Ed Hasnerl of the Eagle Creek Community Church. There will be no visitation.
Memorial gifts may be made to the Minton Family, 20818 W. 12th Road, Plymouth, IN 46563.