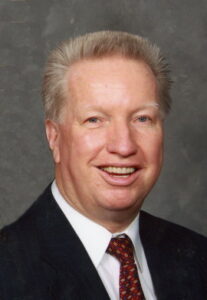 On December 15, 2020 Stephen M. Trago shed the bonds of this temporary world and moved to the next great adventure in the presence of our Lord and has inherited the great reward prepared for him by his Heavenly Father.

Keeping a promise made to his father Steve graduated from Jackson High School in 1970. From then he worked various jobs around southern Ohio and northern Indiana. In 1995 he married the love of his life, Linda Warnacut, and in so doing also found a family of children. He was “Pa” to his children, and they loved him very much.

A faithful and beloved member of the Bourbon United Pentecostal Church, Steve discovered the love of God and the joy of serving the Lord. In 1995 Steve was baptized in the wonderful name of Jesus Christ.

He was an honest, steady, and generous servant to all who knew him. He was a blessing and a true friend to those who had the pleasure to know him. He will be missed by many.

Steve is survived by his loving wife, Linda, and his children: Jeffrey Helsel, Robert (Deb) Helsel, Anthony (Kristin) Schuh and Joyce Gerard- all of whom Steve loved deeply and selflessly. He is also survived by 7 grandchildren; 2 great-grandchildren; his three siblings: Shirley Moench of MI, Tom (Joan) Trago of FL and James (Thom) Trago of CO; and many nieces, nephews, great nieces, and great nephews.

A Memorial Service will be held at 7 p.m. on Wednesday, December 30, 2020 at the Bourbon United Pentecostal Church 201 N. Bourbon Street, Bourbon, IN 46504. Friends are welcome prior from 5-7 p.m. in the church. Due to Covid and restrictions, the funeral service will also be live streamed at 7 p.m. via bourbonupc.org.

Memorial contributions can be made to the Marshall Starke Development Center 1901 Pidco Dr. Plymouth, IN 16563 and the church.