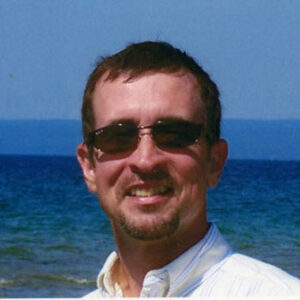 Stephen W. Pletcher Sr., 55, of Culver, passed away early Saturday morning, March 3, 2018 in St. Joseph County, due to injuries sustained in an automobile accident.
Steve was born June 30, 1962 in Plymouth, Indiana, to the late Willard G. and Ruth T. (Thomas) Pletcher.
He graduated from Argos High School in 1980.
On December 20, 1981 in LaPaz, he married Penny L. Shidler; and she survives.
Steve was a master electrician with Memorial Hospital for the last five years.
Steve enjoyed doing many activities; he had his pilotâ€™s license and was a member of the Mentone Flying Club, he was at one time involved with the Boy Scouts and owned and operated his own construction company for nine years. Steve and Penny had a tape recording business for fifteen years known as â€œCup of Water Productions.â€ Steve loved doing mission work and he started the New Life for all Nations in Peru, South America. He was a member and pianist at Southside Church of God in South Bend and was a youth leader and pianist at the Plymouth Baptist Church.
Surviving is his wife of thirty-seven years; Penny L. Pletcher of Culver, son; Stephen and Kati Pletcher Jr. of Plymouth, daughter; Cassandra Pletcher of Indianapolis, two-grandchildren; Isaiah R. Pletcher and Wyatt L. Pletcher. Also surviving is a sister; Rebecca S. and David Hartman of Plymouth, and a brother; Timothy J. and Tisha Pletcher of Plymouth.
He was preceded in death by his parents, and a sister; Kathleen E. Pletcher.
The family will receive friends from 11-1 PM on Friday, March 9, 2018 in the Johnson-Danielson Funeral Home, 1100 North Michigan Street, Plymouth.
Funeral services will immediately follow at 1:00 PM on Friday in the funeral home with Pastor Greg Crump officiating.
Burial will follow in the New Oak Hill Cemetery.
Memorial contributions may be directed to the Gideons International, P.O. Box 140800 Nashville, Tennessee 37214.