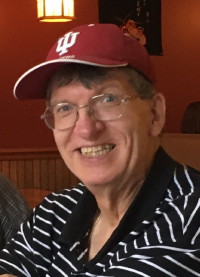 Steven A. Kring, 61, passed away Thursday, November 8, 2018 at the St. Joseph Regional Medical Center in Mishawaka.
Steve was born in Plymouth, Indiana on September 21, 1957 to Richard C. â€œDickâ€ and Peggy A. (Pomeroy) Kring.
He graduated from Plymouth High School with the class of 1976. He then attended Ball State University and graduated in 1981 with Bachelors in Sales and Marketing.
Steve worked for Radio Shack in Plymouth as a manager until the storeâ€™s closing. He was an active member of the Moose Lodge in Plymouth, a member of the Chamber of Commerce and a member of the First United Methodist Church.
He very much enjoyed fishing, and was an avid Cubs and Notre Dame Football fan. He adored his sister kids and grandkids, and was very involved in their lives. They always thought very fondly of their uncle.
He is survived by his sister, Teri (Fred) Duell of Middlebury; nieces and nephew: Stefani (Matt) Arthur, Danielle (George) Campbell, Brad (Kaila) Duell; great-nieces and nephews: Haley, Kennadie, Leyton, Georgie and Mila.
Steve was preceded in death by his parents.
Visitation will be held from 11-1 p.m. on Thursday, November 15, 2018 in the Johnson-Danielson Funeral Home, 1100 N. Michigan Street, Plymouth. Funeral services will immediately follow in the funeral home at 1 p.m. with Pastor Toni Carmer officiating.
Burial will be with his parents in the Oak Hill Cemetery at a later date.
Memorial contributions can be made to Cancer Association of Marshall County, 9739 Sunnyside Dr., Plymouth, IN 46563 or the American Heart Association, 6500 Technology Drive Ste 100, Indianapolis, IN 46278.