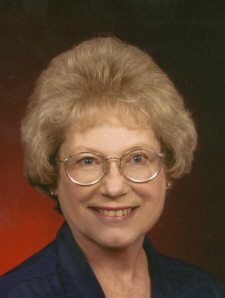 Susan I. Knepper of Meadow Lane, Plymouth, died, following an extended illness, at 2:50 a.m. on Monday, May 15, 2006, in the Hospice House of St. Joseph County.
She was 60 years old.
Susan was born in South Bend, Indiana, on April 9, 1946. She was the daughter of Welcome and Carol Thornton Strang.
She attended West High School in Plymouth and graduated from LaPaz High School with the class of 1964.
Susan became the bride of Ronald Knepper in Plymouth on May 31, 1964.
She first worked briefly at the wire factory in Lakeville and then was the secretary for the president of the Bremen State Bank. Later, before she was taken ill, she was the secretary for the superintendent of the Union North School Corporation.
Her grandchildren were her pride and joy. She spent as much time as she could with her family. A nature lover, Susan enjoyed watching the hummingbirds at her feeders and tending to her flowers growing around her home. Before her illness, she was an avid –and a very good—bowler, enjoying the sport and her fellow bowlers– very much.
She was a volunteer with the Spiritual Care Unit at Plymouth’s Saint Joseph Regional Hospital and she also worked in the Wesleyan Church food pantry once a week.
Susan is survived by Ronald, her husband of almost 42 years and by their two sons and their wives.
They are Tracy A. and Mary Ann Knepper, Port Orange, Florida and Todd M. and Charlotte Knepper, Bremen.
Tyler and Connor Knepper, two grandsons in Florida and three grandchildren, Sean, Eric and Sara Knepper of Bremen, also survive Susan’s death.
A sister, Sally D. and Stephen Himlin, of Largo, Florida and a brother, Robert E. and Martha Eastwood of Richardson, Texas, survive as well.
Susan’s mother-in-law, Margaret Knepper of Texas, also survives.
She was preceded in death by her parents.
Friends will be welcomed by the family on Wednesday, May 17, 2006, from 4 to 8 p.m. at the Johnson-Danielson Funeral Home, 1100 N. Michigan St., Plymouth.
Funeral services for Susan will be held in the funeral home on Thursday, May 18, 2006, at 10:30 a.m. Margie Shaw, Chaplin of St. Joseph Regional Medical Center, Plymouth, along with Jeff Nixa, Chaplin of Memorial Hospital South Bend, will officiate.
Burial will be in New Oakhill Cemetery, Plymouth.
Memorial gifts in Susan’s memory may be made to the Center for Hospice and Palliative Care, Hospice House of St. Joseph County, or to Camp Evergreen or to the Marshall County Hospice.