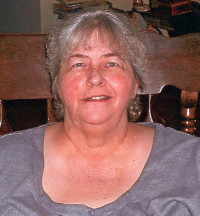 Susan K. Gibson, 72, passed away on Thursday September 17, 2020 at St. Joseph Regional Medical Center, Mishawaka.
Born in Plymouth Indiana on March 2, 1948 Susan was the daughter of Ivo and Mary (Gross) Helsel. She was a proud attendee of West High School for 3 years and then graduated from Plymouth High School with the class of 1966.
During Susan’s senior year of high school, she met her best friend Dennis and they were married four months after graduating on October 1, 1966. Together they had three wonderful children.
Susan was a homemaker, pouring her heart and soul into taking care of her family. She enjoyed reading, cross-word puzzles, watching college basketball, especially her Indiana Hoosiers. In fact, she had the privilege of meeting the “General” Bobby Knight and getting a picture with him in the locker room. Susan and Dennis were charter members of the Hoosier Old Wheels and enjoyed owning and driving a 1929 Model A Ford. Although she enjoyed doing all of these things, spending time with her children and grandchildren was her biggest passion.
She is survived by her husband Dennis of Plymouth; children: Roxanne Hall (Gibson) of Cincinnati, OH, Rhonda Gibson of Warsaw, IN and Nick Gibson of Plymouth; sister’s, Elsie (Dwight) Wade of Plymouth and Shirley (Earl) Barber of La Habra, CA; brother Danny (Ina) Helsel of Blue Rock, OH; grandchildren: Breihn Hall, Jazmin Ramsey, Olyvia Clark, Austyn Lee and his fiance Grace; as well as several nieces and nephews.
Susan is preceded in death by her parents, sister Norma Johnson, brother Jim Helsel and grandson Rylan Clark. Per the families wishes, there will be no services at this time.