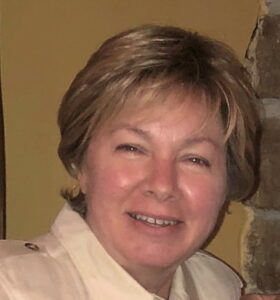 On December 7, 2021, Suzette Read, 57, passed away after a hard-fought battle with ovarian cancer. Suzette was born on August 28, 1964 to her parents, Chuck and Ruth Hill.

In 1982, Suzette graduated from New Palestine High School. Suzette would go on to attend the University of Indianapolis where she would earn a Bachelor of Science in Biology and meet her husband, Jeff Read. Upon graduation, Suzette began her 20-year career in education, serving as a high-school biology and chemistry teacher at Seeger Memorial Jr.-Sr. High School, LaVille Jr.-Sr. High School, and Plymouth High School. Suzette maintained a deep desire to invest in each of her students and help them build futures they could be proud of.

In addition to her passion for teaching, Suzette was a devoted wife and mother. She married Jeff Read on October 1, 1988. Together, they had three children and helped raise several other children placed in foster care in Plymouth, Indiana.

Above all else, Suzette was a passionate follower of Jesus Christ and devotedly lived out her faith. She was an active member of Trinity United Methodist Church where she served as a leader in her Sunday school class and other Bible studies. She also loved discipling young Christians and helping them grow into who God made them to be.

On April 10, 2018, Suzette was diagnosed with stage four ovarian cancer. Despite the grave diagnosis and estimate of only six months to live, Suzette’s faith never wavered. She braved countless chemotherapy treatments and months of clinical trials. She also watched as friends and family rallied around her in prayer and in love to help her fight. In the end, Suzette was blessed with three more years to spend with loved ones before leaving this earth to spend eternity with her Heavenly Father. In that time, she celebrated her daughter’s commission into the Air Force, her son’s wedding, and the birth of her fourth grandchild.

Suzette is survived by her husband of 33 years, Jeff, and their children: Mitchell (Kayla) Read from Walton, IN; Nick (Emily) Read currently residing in Salt Lake City, UT; and Libby Read (stationed at Columbus AFB, MS); as well as their grandchildren: Case Read, Rayne Read, Grayson Read, and Mack Read. She is also survived by her younger brother, Scott Hill from, New Palestine, IN.

Funeral services will be held on Friday, December 17, 2021 at 11 a.m. in the Trinity United Methodist Church, 425 S. Michigan Street, Plymouth with Pastor Kayla Grehl and Jeff Stueve officiating. Visitation will resume one hour prior to the service in the church.

Burial will be in the New Oak Hill Cemetery following the service.