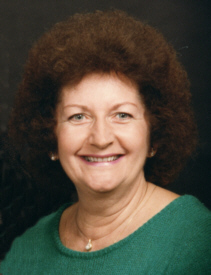 Sylvia C. Tallarita, 81, died of natural causes at Pilgrim Manor at 10:52 p.m. on Friday, September 5, 2014.
Sylvia was born in East Chicago, Indiana on June 17, 1933 to Nicholas and Elizabeth (German) Komanich. She graduated from West High School in Plymouth, where she also played on the women’s basketball team all through high school.
On April 17, 1955, at the Plymouth Trinity United Methodist Church, Sylvia and William Tallarita were married.
A wonderful homemaker, Sylvia loved cooking, especially Romanian and Italian dishes. She enjoyed watching her kids play basketball when they were younger, and soon became a Laker’s fan. She adored making memories with her grandchildren and watching them.
She was a member of Pretty Lake United Methodist Church.
Surviving her is her daughter, Elizabeth Tallarita, South Bend, and two sons: Nicholas (Lynda Kay) Tallarita, Plymouth, Anthony Tallarita, Bremen. Five grandchildren: Tara Warner, Emily, Seth and Olivia Tallarita and Jennifer Richardson also survive together with three great-grandchildren: Cedric Warner, Lily and Jonathon Diaz.
Sylvia was preceded in death by her parents, her husband William in 2011, two grandchildren and sisters: Elizabeth Wade, Minerva Schoberg and Mary J. Espich.
A Private burial will be in the New Oakhill Cemetery.
Memorial gifts may be made to the Pretty Lake Methodist Church 8985 State Road 17 Plymouth, IN 46563 or to the Mary Martha Circle c/o Pretty Lake Methodist Church.