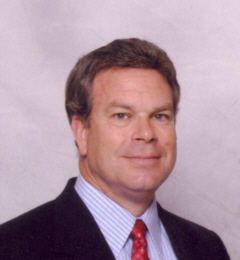 T. Edward “Ted” Ummel, 18255 Michigan Rd., Argos, after a courageous battle with acute myeloid luekemia, diagnosed in June of this year, died unexpectedly in the I. U. Medical Center, Indianapolis at 4:30 a.m. on Thursday, October 28, 2010.
In his blog on CaringBridge.org, Ted wrote that he had been blessed to have had an uneventful medical history with no surgeries or hospital stays from birth until this past June.
His symptoms appeared in late May, early June, leading to a diagnosis on June 10th.
He underwent chemo, stem cell and bone marrow treatments over the past four months.
Ted was 55 years old.
A loving husband, father, son, brother, and uncle, Ted was born on March 6, 1955, in South Bend, Indiana. He was the son of Richard L. and Jacquelyn E. McReynolds Ummel.
Ted lived in Brasil, South America, with his missionary parents from the ages of one to 18 and graduated from the Green Acre High School, a boarding school in Brasil, in 1973. He played soccer with a club team. He loved the game and loved the country of Brasil and would proudly fly her flag on particular occasions.
He did his undergraduate work at Bethel College and graduated in 1977. While there he worked full time as the assistant manager of a Sherwin Williams store in Mishawaka.
He earned his Doctorate of Jurisprudence from Valparaiso University in 1980, and was a partner in the law firm of Easterday and Ummel.
On June 10, 1978, Ted and Brenda Risser were married in the Bethel Missionary Church in Goshen, Indiana
Ted coached multiple Argos recreational soccer teams for the Argos Youth Soccer association for thirty years. Treasurer of the group, he was also in charge of the referees and scheduling of the games.
A committed Christian, Ted served on the Board of Directors of the Missionary Church, the United Missionary Loans and Investments and the Missionary Church Investment Foundation. He was an active member of the Plymouth Missionary Church where he had served as treasurer and was a Sunday School teacher. He was also on the management team of the Missionary Church North Central District.
Very active in the Republican Party, Ted was treasurer of the Marshall County G.O.P. for 30 years.
He was a member of the State Bar Association and the Marshall County Bar.
Ted is survived by his wife, Brenda, Argos, with whom he shared his life for 32 years.
Also surviving is their son Phillip Ummel, Goshen, and their daughter, Tracy Ummel, Denver, Colorado.
His granddogger, “Nash,” a beloved pet, also survives.
Ted’s mother, Jacquelyn Ummel, Leo, Indiana a brother, Michael “Mike” (Joanne) Ummel, Leo, Indiana and sister, Anita (Roger) Riquelme, Asuncion, Paraguay, S.A., survive, together with a father-in-law, Robert Risser, Hudson Falls, New York, a sister-in-law, Vikki Frieden, living in Missouri, and many nieces and nephews.
He was preceded in death by his father, Richard L. Ummel, a brother, Richard L. “Rick” Jr. and his mother-in-law, Phyllis J. Risser
Visitation will be on Tuesday, Nov. 2 from 1 to 3 and 5 to 8 p.m. at the Nappanee Missionary Church, 70417 S.R. 19 North, Nappanee, Indiana.
A funeral service will be held at the same location on Wednesday, Nov. 3 at 10 a.m. The Reverends Pat Puglisi and Dave Engbrecht will conduct the service, a celebration of Ted’s life.
Interment will be in the Wakarusa Olive West Cemetery. Memorials may be given to Plymouth Missionary Church, Nappanee Missionary Church or Bethel College.