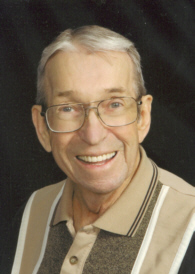 Lake of the Woods resident, Terry C. Hall, 71, a devoted family man and dedicated professional has passed away following a one year illness at 4:58 p.m. Friday, December 10, 2010 in the St. Joseph Regional Medical Center – Mishawaka.
Terry was born in McHenry, Kentucky on August 2, 1939, the son of Oswald S. “Buck” and Susan Isabelle (Carman) Hall. At the age of two the family moved to Indiana, he would graduate from Griffith High School in 1957 and then earn an Associates Degree from Purdue in Electrical Technology. Later he would follow his desire to interact with people and attained his certificate from the Chicago Barber School. He clipped and styled alongside his brother at Oz’s Barber Shop in Highland, Indiana. Even after he and his wife Linda moved to Bremen in 1975, Terry commuted every working day back to Highland to serve his clients until 1980 when he opened a shop in Plymouth. Terry’s Barber Shop served the community for 30 years from two locations. Terry would have been honored in January as a 50 year member of the Griffith Masonic Lodge No. 735 F & AM. With his wife Linda he faithfully attended St. Michael Church in Plymouth. He was a Past President of the Highland Adult Boosters Club.
Terry loved people especially his family with whom he shared countless stories and practical jokes. He held true to high standards and values in life and served as a role model for his children and grandchildren.
Living on the lake brought Terry many joyful times with family and friends, either on his sailboat or pontoon. He was an accomplished skier, fisherman, bowler and golfer. He had an appreciation for cars, trains and Coca-Cola collectables. Terry was known for always having a ‘project’ going in the family garage. Survivors include his wife; Linda L. (Murphy) Hall, whom he married on April 8th , 1967 in Highland, together they enjoyed 43 wonderful years. Their surviving family members include a daughter; Kimberly A. (Anthony) Patton of South Bend and children; Andrea, Alex and Noah, a son; James R. (Susan Sheridan-Hall) Hall of Mishawaka, and children; Brandon and Ryan. His sister, Janet C. (Ronald) Adams of Andrews, IN and sister-in-law, Alvina “May” Hall of New Smyrna Beach, FL survives with many nieces and nephews.
Terry was preceded in death by his parents and a brother Oswald N. “Oz” Hall.
Friends may call from 2 – 4 & 6 – 8 p.m. EDT Wednesday, December 15th at the Johnson-Danielson Funeral Home, 1100 N. Michigan St., Plymouth. A Masonic Memorial Service will be held in the funeral home following visitation at 8 p.m. provided by members of Plymouth Kilwinning Lodge No. 149.
Services will be held in the funeral home on Thursday, December 16th at 11 a.m. EDT with Pastor Mark Waltz of the Granger Community Church officiating.
Burial will follow in the New Oakhill Cemetery, Plymouth.
Memorials may be given to the Center for Hospice Care, 112 S. Center St. Plymouth, Indiana 46563
Funeral Director: Randall L. Danielson