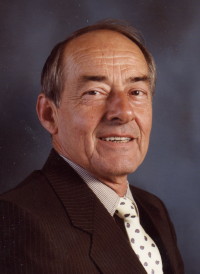 Terry G. Crawford passed away on Friday December 11, 2020 from complications with COVID-19. He is preceded in death by his parents, Levi and Dorothy Crawford, granddaughter, Shannon Marie Crawford, and great-grandson, Jacob.

Terry was born on May 30, 1935 in Danville, IL to Levi and Dorothy Crawford. On July 2, 1955 he married Mignon Bolser. Together, they had three sons. They moved from Danville, IL to Plymouth, IN in 1968. Upon moving here, Terry became involved with sports recreation leagues. He wanted opportunities for his sons, and all kids, to be able to play. He was an avid sports fan, always cheering for Purdue and the Chicago sports teams. The Cubs winning the World Series of 2016 is something that elated him, as were the Bulls championship teams of the 1990s. He continued to love sports, especially youth sports, throughout his life. He could often be found at one of his grandchildren or great-grandchildren’s sporting events.

Other than sports, Terry had lots of hobbies. He spent many years as a salesman and loved to talk to people. He enjoyed meeting new people. As well, he enjoyed collecting and tinkering with various things. He did not sit and relax very well. He was always open to a conversation though, especially with one of his family members.

Terry is survived by his wife Mignon, his brother Levi F. Crawford (Marianne), and sons Mark (Sallie), Mike (Julie), and Steve (Connie). Terry also leaves behind 9 grandchildren and 14 great-grandchildren. Terry loved all of these people dearly and would do anything for any of them. It is a great loss to all of them that he has passed.

Due to the ongoing situation with COVID-19, there will be a family only graveside service. A memorial will be held at a later date.