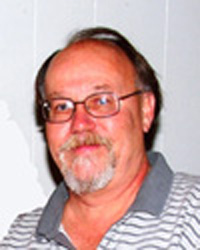 Terry J. Long, 70, passed away at 2:54 p.m. on Wednesday, June 7, 2017 at Millerâ€™s Merry Manor in Culver.
Terry was born in Plymouth, Indiana on December 14, 1946 to Joseph U. and Elizabeth (Murray) Long. He graduated from Plymouth High School with the class of 1965.
Terry worked at Caseyâ€™s General Store as a manager in Argos for 7 years until his retirement in 2012. He was a member of the Sons of the VFW.
He is survived by his children: Michael (Biak Tha) Long of Akron, OH, Elizabeth (Nick) Hylton of Culver and Holly Bridgman of Rochester, seven grandchildren: Cassidy, Kaylee and Caleb Hylton and Mary, Abigail, Trinity and Taylor Long; half-brother, Billy (Lois) Watson of Plymouth; and former spouse, Teresa Long of Akron, Ohio.
Terry was preceded in death by his parents, Joe and Nellie and a son, Joseph Long.
Visitation will be held on Saturday, June 10, 2017 from 11:00 a.m. until 1:00 pm in the Johnson-Danielson Funeral Home, 1100 North Michigan Street, Plymouth.
Funeral services will follow visitation on Saturday at 1:00 pm in the Johnson-Danielson Funeral Home, Plymouth, with Rev. David Detamore officiating.
Family burial will be in the New Oak Hill Cemetery at a later date.
Memorial contributions can be made to the Alzheimerâ€™s Association, 225 North Michigan Avenue, Floor 17, Chicago, Illinois 60601 or the Center for Hospice Care, 112 South Center Street, Suite C, Plymouth, Indiana 46563.