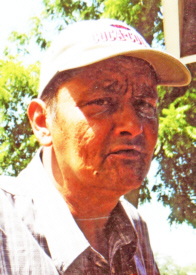 Terry Lynn McNeal, 57, passed away on Thursday, April 30, 2015 at I.U. Health-Laporte. Terry was born on July 23, 1957 in South Bend, Indiana to Caroline Ward, who was his birth mother, but raised by Goldie M. (Cudney) and Woodward W. McNeal. He attended John glen High School, Walkerton. Terry did many odd jobs, such as working for the Carnival, as well as working at local bars. He was a long time dedicated member of the House of the Lord. He enjoyed flea markets, watching baseball, football and was an avid White Sox fan. Terry is survived by his son; Josh Wayne McNeal and fiancée Christina Burton, both of Muncie, six grandchildren; Leah, Brayden, Juan, Kaden, Zoey, and Chole. Also surviving is his mother Caroline McNeal of Plymouth, three brothers and two sisters-in-law; Tony and Brenda McNeal, Plymouth, Gene and Shelia McNeal, Plymouth, Ralph Ward, Culver, two sisters and a brother-in-law; Shirley LaBere, Walkerton, Brenda and John Bone, St. Louis, Missouri. He was preceded in death by his father, grandmother who raised him, two sons; Brandon Troy McNeal, Terry Lee McNeal, two brothers; Melvin McNeal, Richard Wayne McNeal, and three sisters; Tammie Sue Clemons, Tina Marie LaViea, and Linda Kay Ward.
A visitation will be held Monday, 4, 2015 from 4-6 PM in the House of the Lord, 16493 Lincoln Highway, Plymouth, Indiana. Funeral services will immediately follow in the church at 6:00 PM with Pastor Steven Patrick officiating. Burial will be held at a later. Memorial contributions can be made to the House of the Lord, 16493 Lincoln Highway, Plymouth, Indiana 46563.